Every year, we recap our favorite projects from the past 52 weeks. It’s crazy to me how much happens over the span of a year, and it’s hard to believe how much we’ve done (and how much I’ve learned).

2017 was a pretty big year. Dunn DIY had its three-year anniversary, and the Dunn DIY studio was born! Having a studio was a huge improvement from working in parking lots and wherever we were allowed to film. It’s made the brand feel much more cohesive—even our Christmas decorations this year were coordinated in the Dunn DIY color palette! The blog came to life in that space. Yep, 2017 was definitely one to remember.

How to Make an Interactive Cloud Lamp

Why it’s a favorite: The interactive cloud lamp project was the first post we filmed in our brand-new studio and not—as previously mentioned—in a parking lot or someone’s office or apartment. It’s really hard to film outside during our Seattle winter—when it rains all the time. The studio proved to be a game-changer in that regard.

This particular project was a long time coming—I spent forever dreaming about the finished product. I ran into a snag the first go around, and wound up putting it down for a few months before I finally had a breakthrough moment and figured out the rest of the design. The whole process—snag and all—was totally worth it because in the end, it was one of my favorite projects of the year.

Where it’s at now: In my new apartment hanging in my office! It makes me happy every time I turn it on. It also makes for great ambient lighting at night because you can change the colors.

What I’d do differently: I left the lamp in my workshop for three months, and when I took it out, I had to pull all the stuffing off and re-apply because it was covered in sawdust and wood shavings. I’d store it more carefully next time. I’d also use a different stuffing—when I recoated it, I bought the cheapest stuffing I could get (as opposed to finding the type that holds together really well). This one is really wispy instead of fluffy and cloud-like, and falls apart easily. So go with the small bags of stuffing versus the ten pound box. 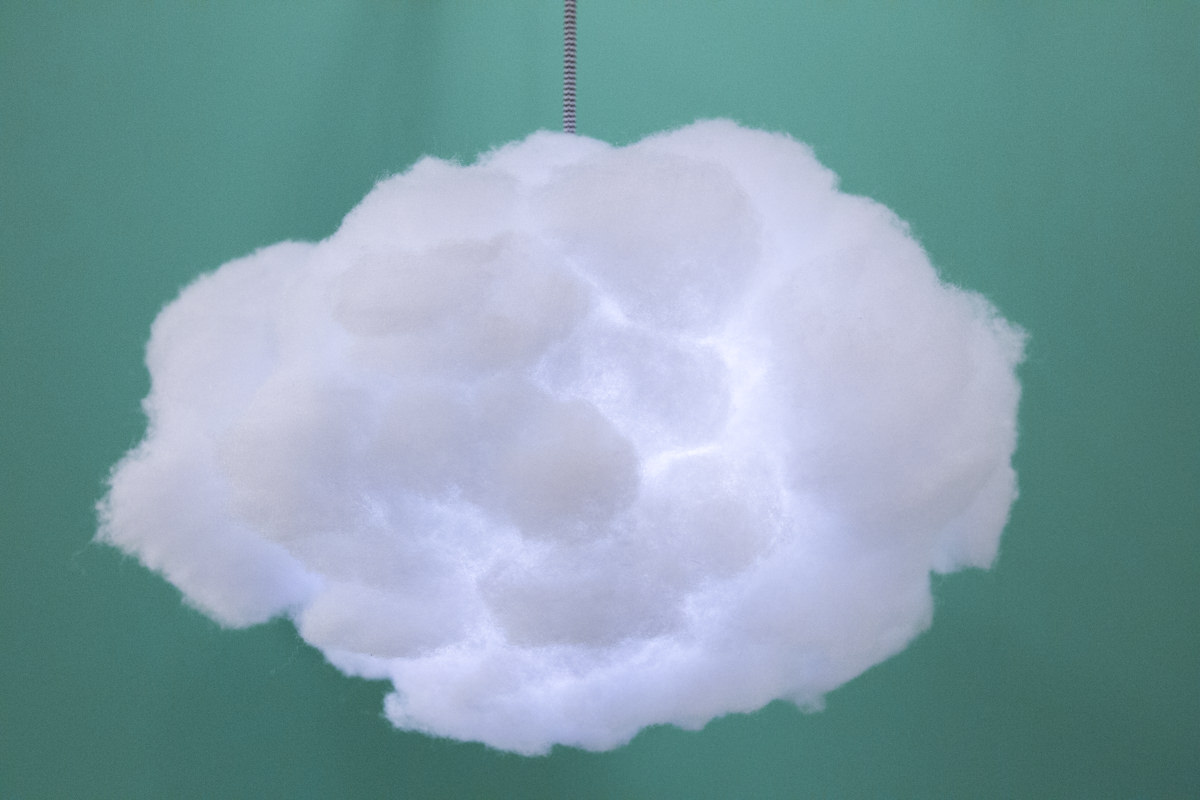 How to Make a Bench

Why it’s a favorite: This bench project stands out in my mind, because it felt like the first real piece of furniture I’d built. There’s something that feels inherently intimidating about building furniture, because you want the things you put in your home to look polished and professional. If you’re not intentionally going for that "rustic charm" feel, furniture can feel a little daunting.

Once I dove into it, this DIY bench went really smoothly. It was fun adding cutouts to the bottom that made it feel more like furniture and less like a DIY project. Using the Kreg jig hid all the screws and gave it a really nice, finished look.

Where it’s at now: In the entryway at my sister’s house! (On loan—I plan to take it back when I have more room. Sorry, Megan.)

What I’d do differently: Not a thing. 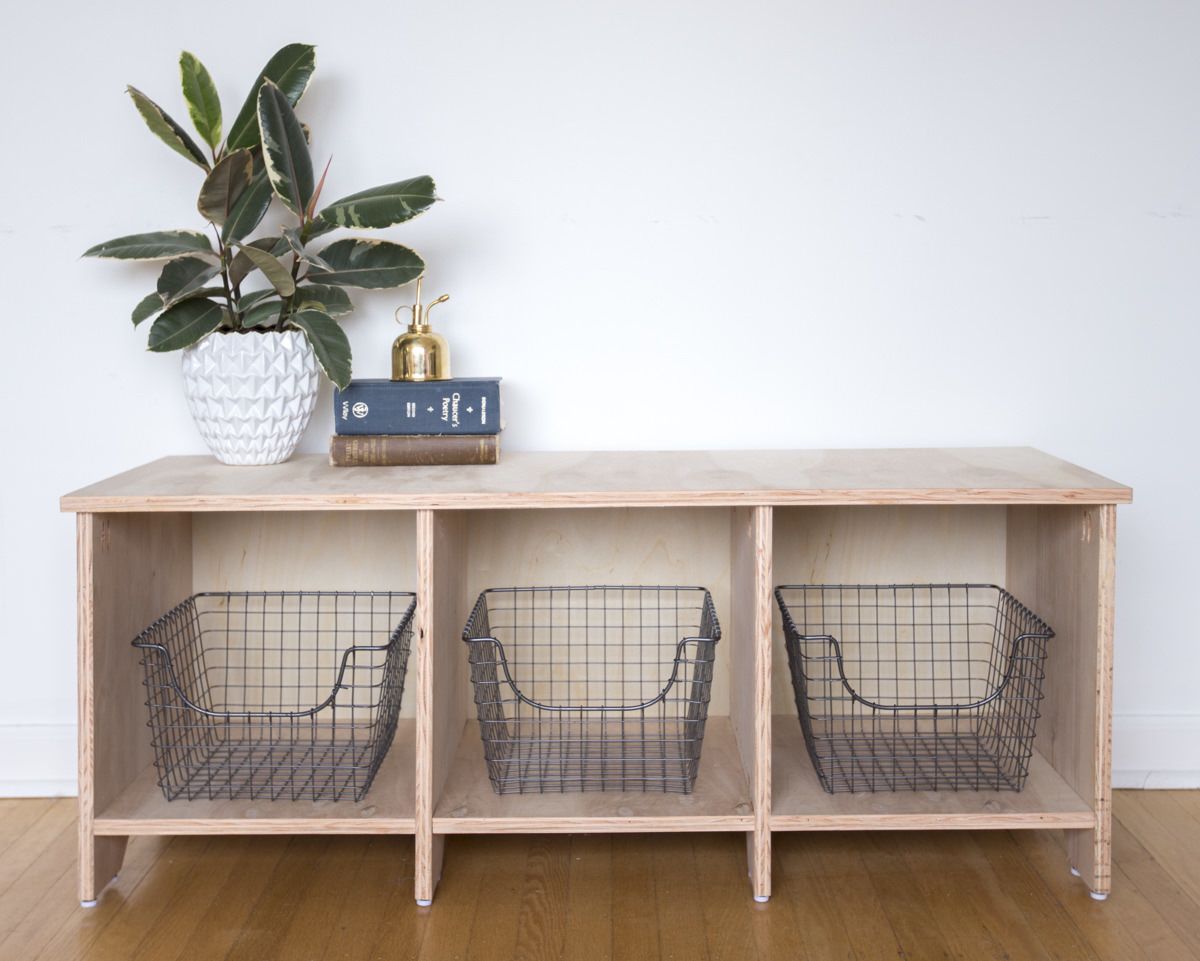 How to Build a Picnic Table

Why it’s a favorite: The picnic table was a big milestone in my DIY career. It was one of my first attempted (and failed) projects three years ago, so the original never made it onto the blog. (You can read about it in Confessions of a DIYer Part II.) Revisiting the project and overcoming that challenge proved to be very satisfying.

Where it’s at now: We built two picnic tables, and both were donated to Eastside Academy. We were back later in the summer to build a fire pit, and it was so rewarding to see the students enjoying the tables.

What I’d do differently: I would have made three and kept one! I used Sikkens SRD on one, and in hindsight would have used this finish on both of them—because it’s such an easy product. You don’t have to wipe it down, so it’s really simple to put on and re-apply. 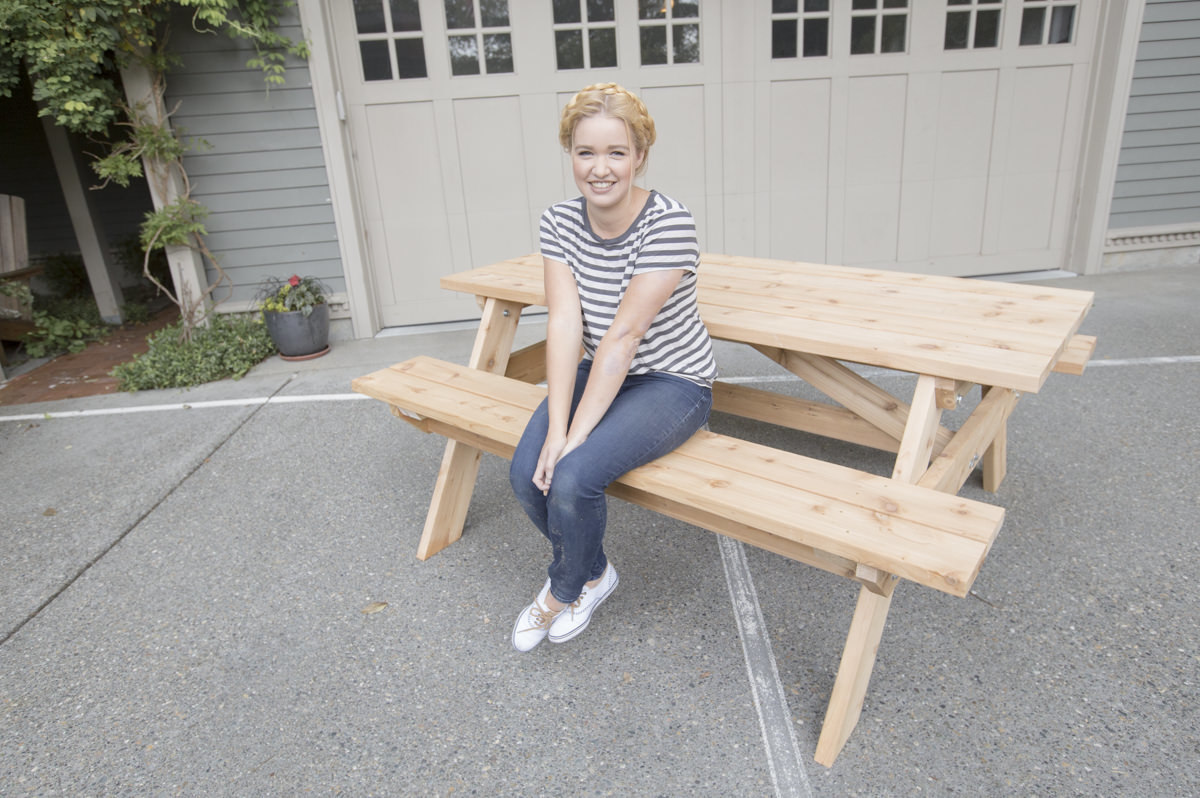 Why it’s a favorite: The outdoor movie night series was all about creating an experience and a fun setting for a summer event. Though there was definitely some trial and error along the way, it was a total success. We made outdoor movie seats and a movie screen, as well as a drop cloth picnic blanket and kettle corn. The thing I remember most vividly from this process was that I had an accident with a superglue bottle and covered my hands in glue. Getting it off was a long process of soaking my hand in hot water, rubbing butter, nail polish remover, and olive oil. I got all the glue off eventually, but it was quite the production.

Where it’s at now: Over the summer, the backyard seats made the rounds to outdoor movie nights in parks and various other outdoor events. They got a lot of really positive responses from the general public. Currently, they’re packed away waiting for next summer!

What I’d do differently: Besides not supergluing my hands? I used velcro ties that weren’t quite long enough to wrap around the PVC pipe for the movie screen, and I should have just bought a roll of velcro and cut my own ties that were the right length. It would have saved me some heartache (and frustration). 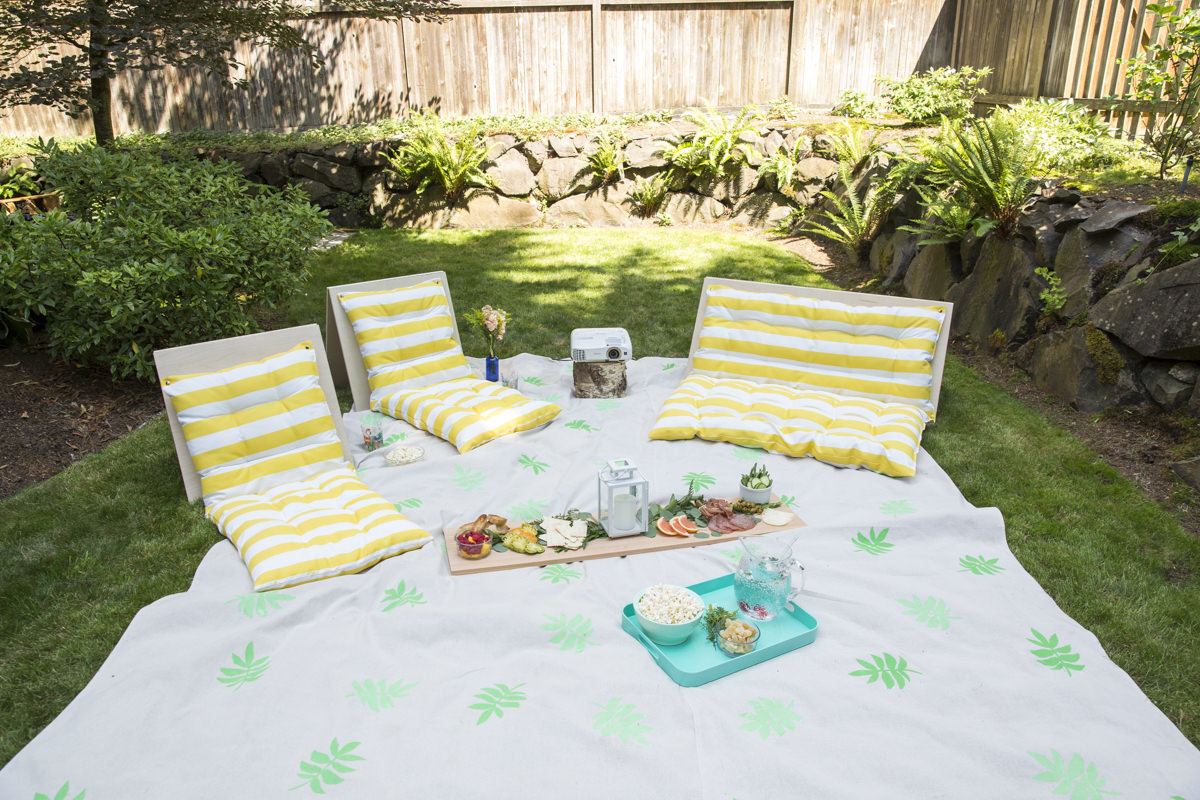 How to Make Pin Curls Like Rosie the Riveter

Why it’s a favorite: Rosie's pin curl project was a really fun process, because it’s obviously very “me.” Over the years, I’ve had a lot of people ask about my hair. This was a fun excuse to do something different on the blog and to respond to all those questions. This was also a fun post because my whole team realized that my hair is not naturally curly. Plus, it was Halloween-themed and I had a ton of fun posing like Rosie the Riveter.

Where it’s at now: On my head! It’s the same curls! Kidding. The style lasts—but not quite that long—so I generally wash and re-curl my hair every three to four days.

What I’d do differently: I’ve got nothing. I’ve been doing my hair like this for five years, and I don’t plan on changing it anytime soon. 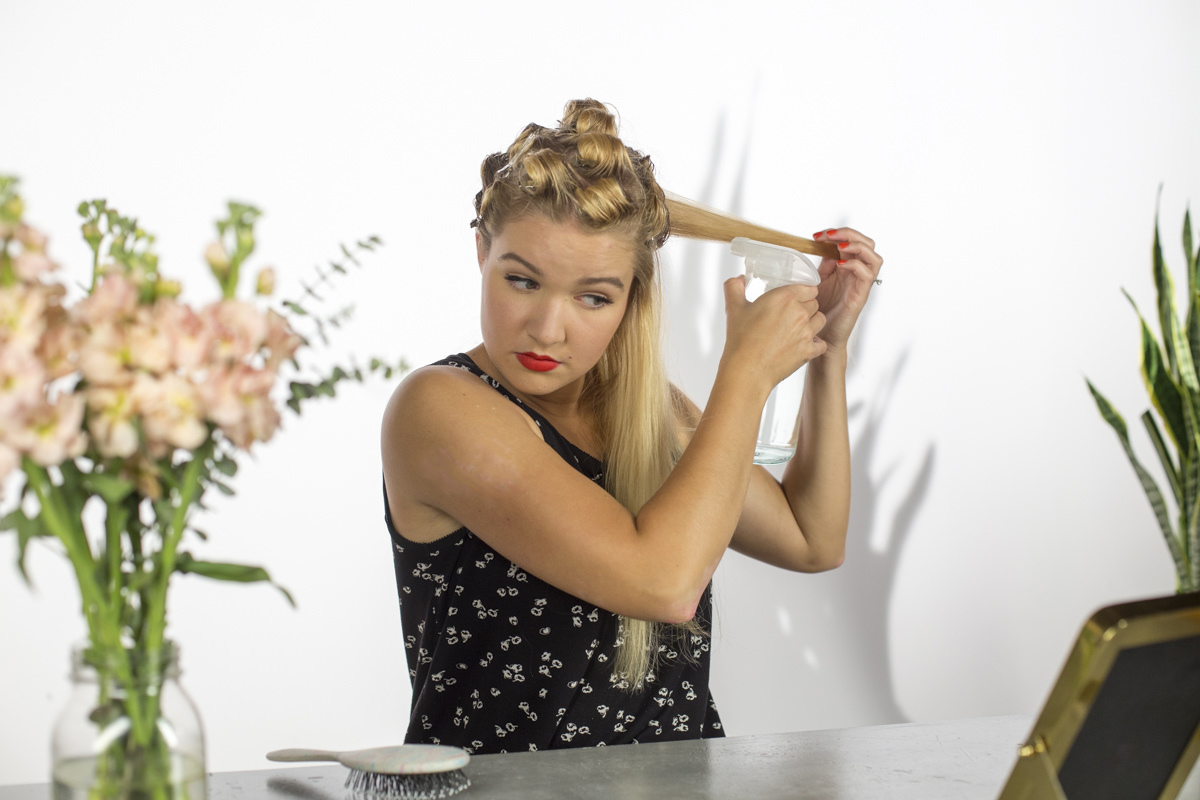 How to Make an Arch for Your Wedding

Why it’s a favorite: I wanted an arch for my wedding but I didn’t love the one that was being offered, so I thought to myself, I can make one better than this. And I did! There’s nothing better than being able to combine your work with your personal interests.

Where it’s at now: It’s at my siblings’ house (yes, they share a house) in their backyard. They just moved in, so I’m sure they’ll be planting something around it in the spring.

What I’d do differently: If I’d known it was going to be a permanent fixture in someone’s backyard, I would have made it out of cedar so the arch would hold up longer. On the other hand, I didn’t want to invest a lot of money in something only meant to last one day—so I’m glad I didn’t. 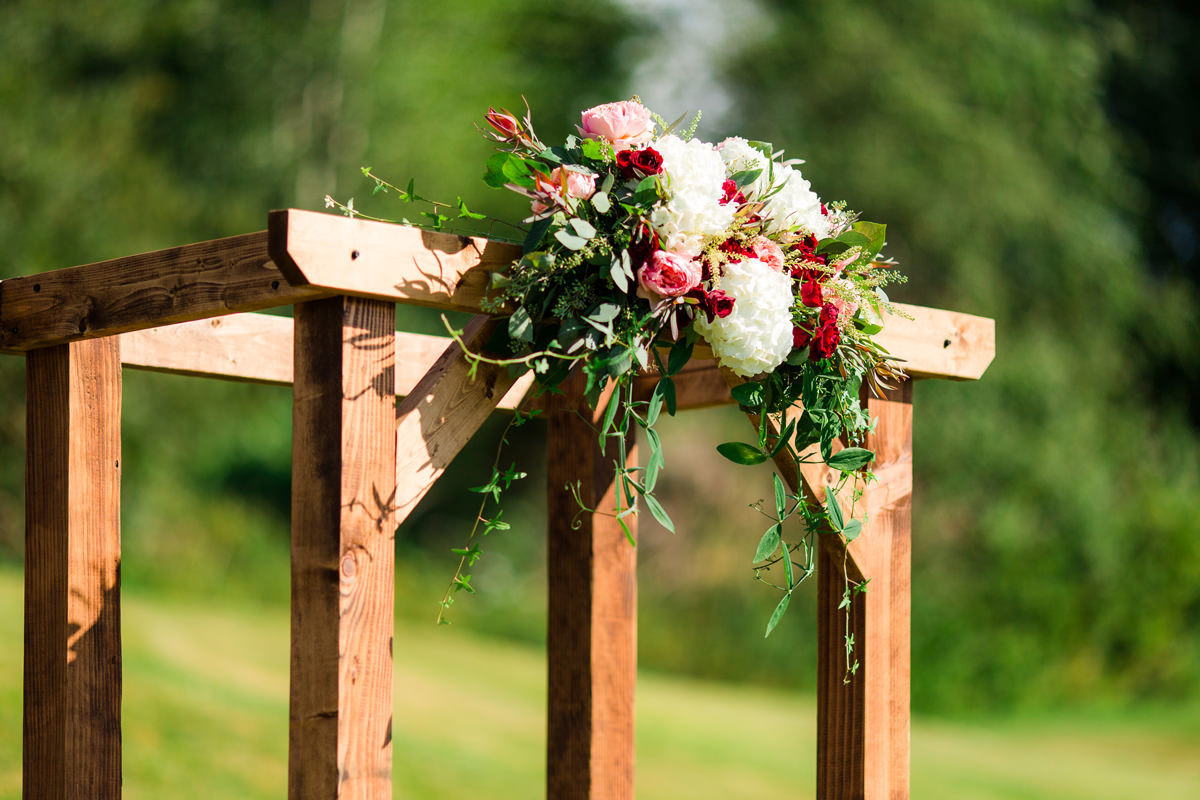 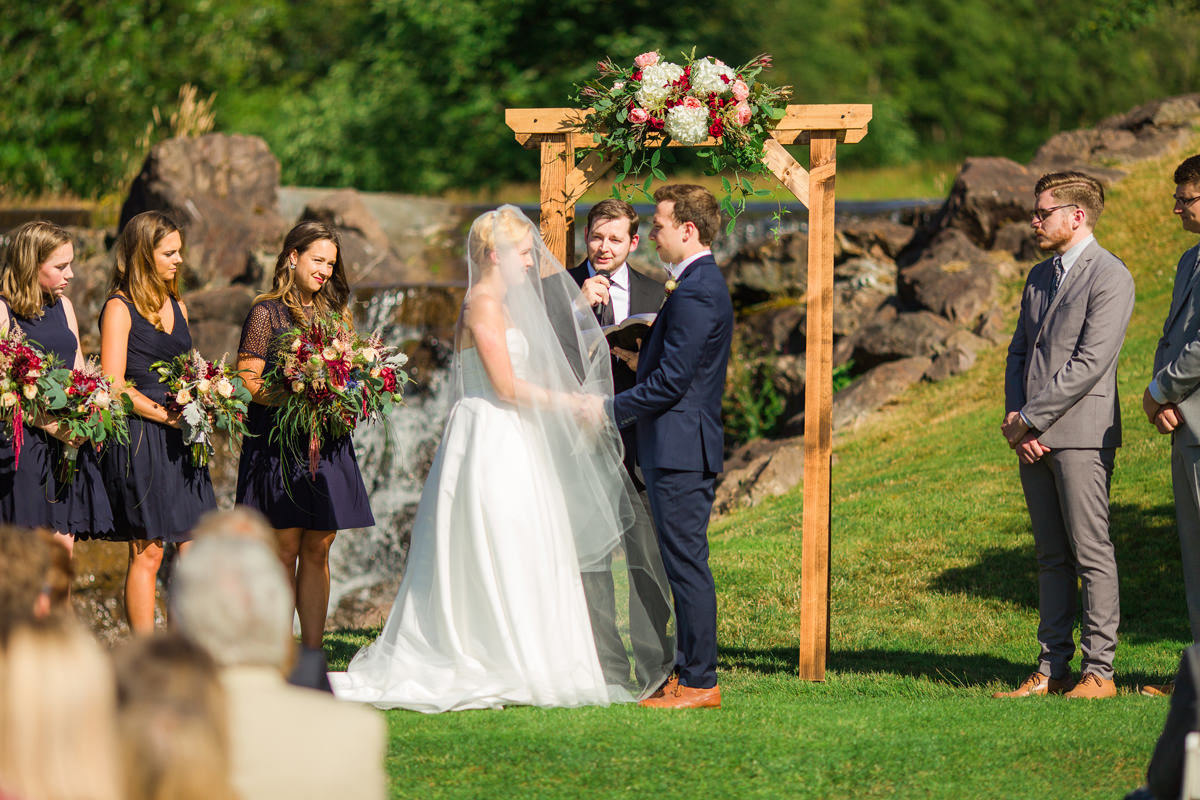 How to Make a Wooden Block Nativity Set

Why it’s a favorite: This nativity set was one of those projects I was very apprehensive about. I didn’t feel confident in my skills, so when I pulled it off, it was a huge confidence booster. It turns out that something I was feeling nervous about ended up being something I really love and will keep for years to come.

Where it’s now: Packed away with all my Christmas decorations, waiting for the first minute of 2018 that it’s acceptable to pull them all out.

What I’d do differently: Make more sheep. One of these years I plan to have a whole flock. 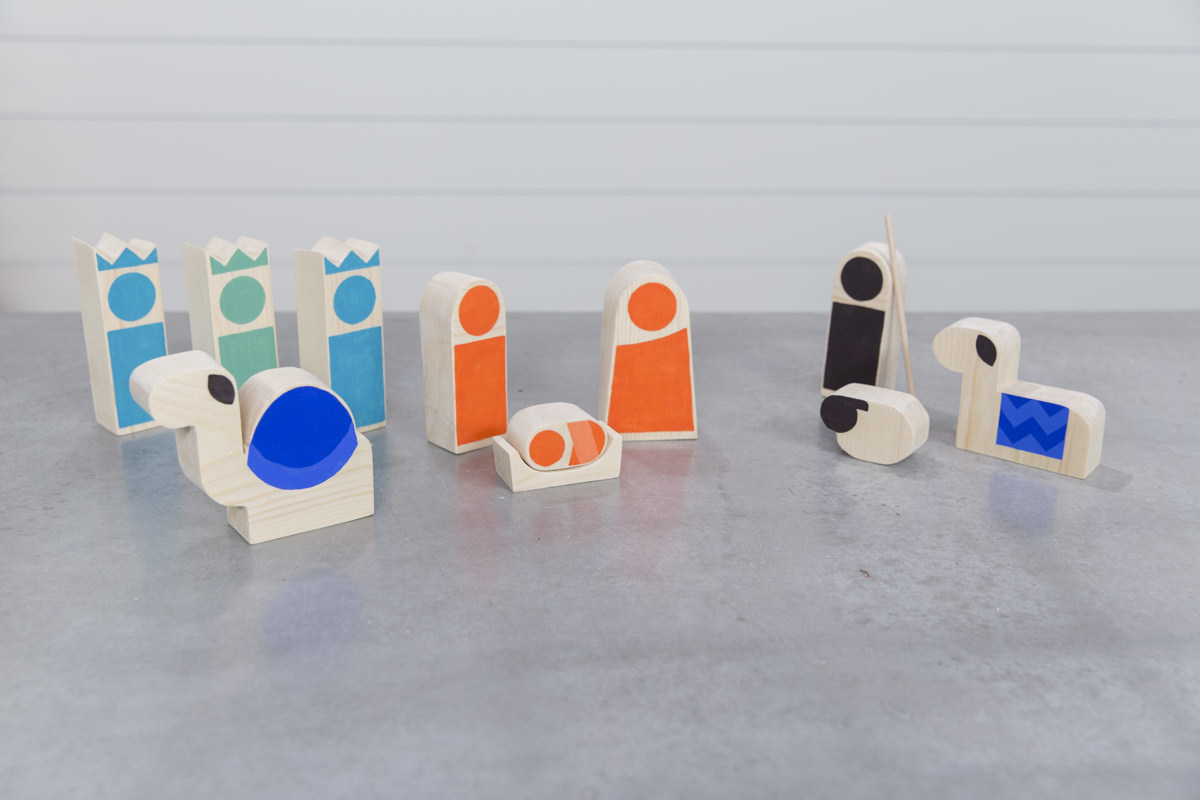 I’m so proud of everything we’ve accomplished—not just in 2017—but over the past three years of Dunn DIY. Things keep growing and getting better and better, and I can’t wait to see where we’re at by the end of 2018. Happy New Year!

What can't you do with a little sandpaper and spray paint? On today's blog: a DIY chalkboard tray for summer entertaining.

We're headed back to the Northwest Flower & Garden Festival for our fourth year, and we've compiled a guide featuring some of the projects we'll be featuring at the Dunn DIY booth.

How to Make a DIY Wooden Toy Truck

Learn how to make a red pickup truck with a freshly cut evergreen tree in its bed—there’s something so classically Christmas about it!