My mom's side of the family is Scandinavian, and in Scandinavia—Christmas Eve is a bigger deal than Christmas night. So Christmas Eve has always been spent with my aunt and uncle, often at their house. My aunt is really good at appetizers, and sometimes I think they're better than the meal itself (but maybe that's just me). One of the more recent additions to the appetizer plate has been a heavenly baked brie with cinnamon, pecans, cranberries, and brown sugar. It made such an immediate impression on me that I almost can't remember a Christmas before this recipe incorporated itself into the holiday traditions.

A perfect blend of salty, sweet, and savory (not to mention warm and gooey): This baked brie is the perfect treat that your friends and family will love—and it’s deceptively easy to make. This recipe came from The Girl Who Ate Everything. 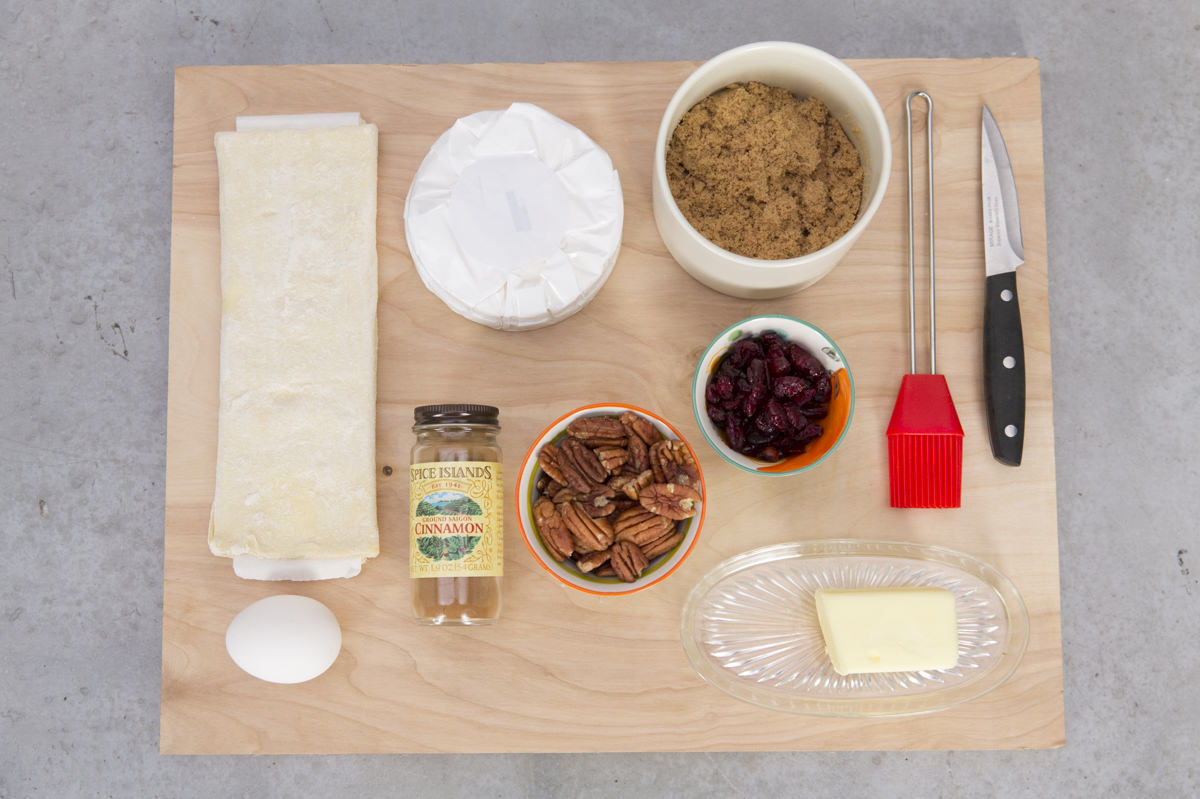 Preheat your oven to 375°F. While the oven is preheating, lay out your puff pastry on a baking sheet and allow it to thaw. I used a piece of aluminum foil on the sheet to reduce clean up, but this was a big mistake. It stuck to the bottom of the puff pastry and ended up adding work.

Set cranberries in a small bowl of water to soak. This step is particularly important if your cranberries have been around for a while and a little harder than normal. 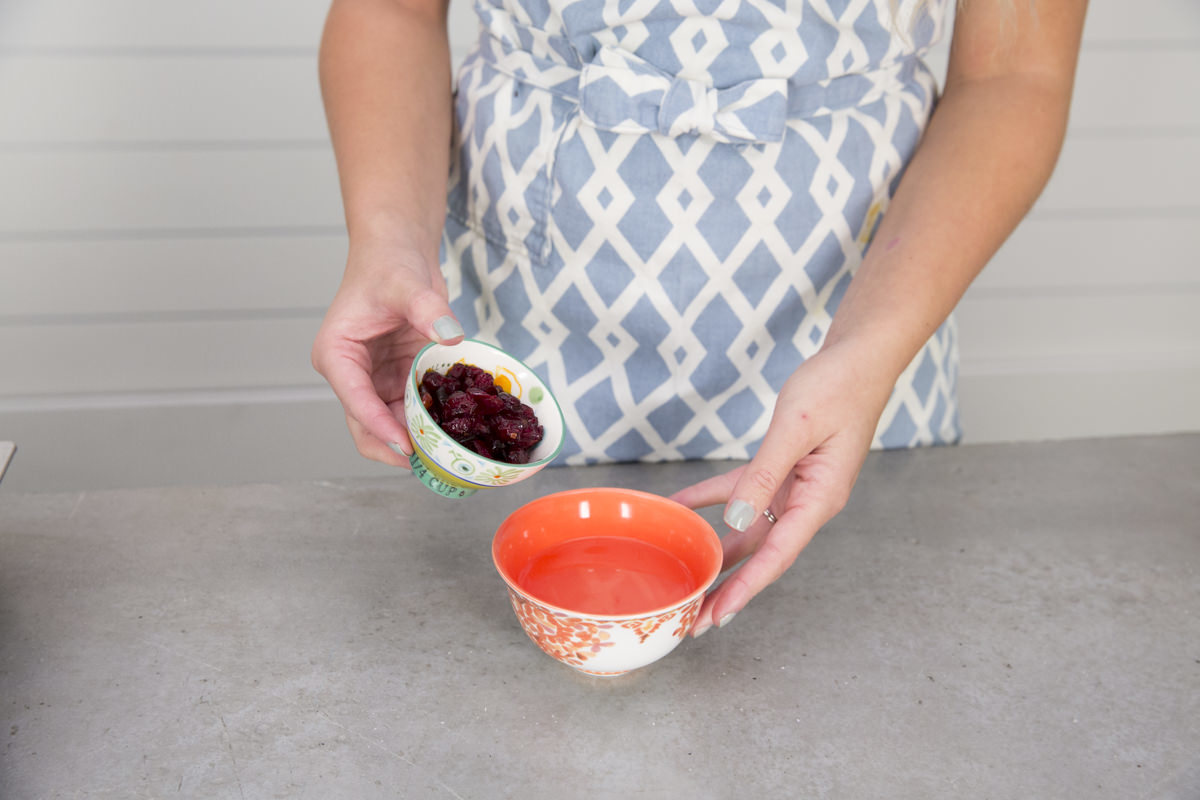 In a small saucepan, melt butter on medium-high heat. Stir in pecans and cinnamon, and toast for about three minutes. 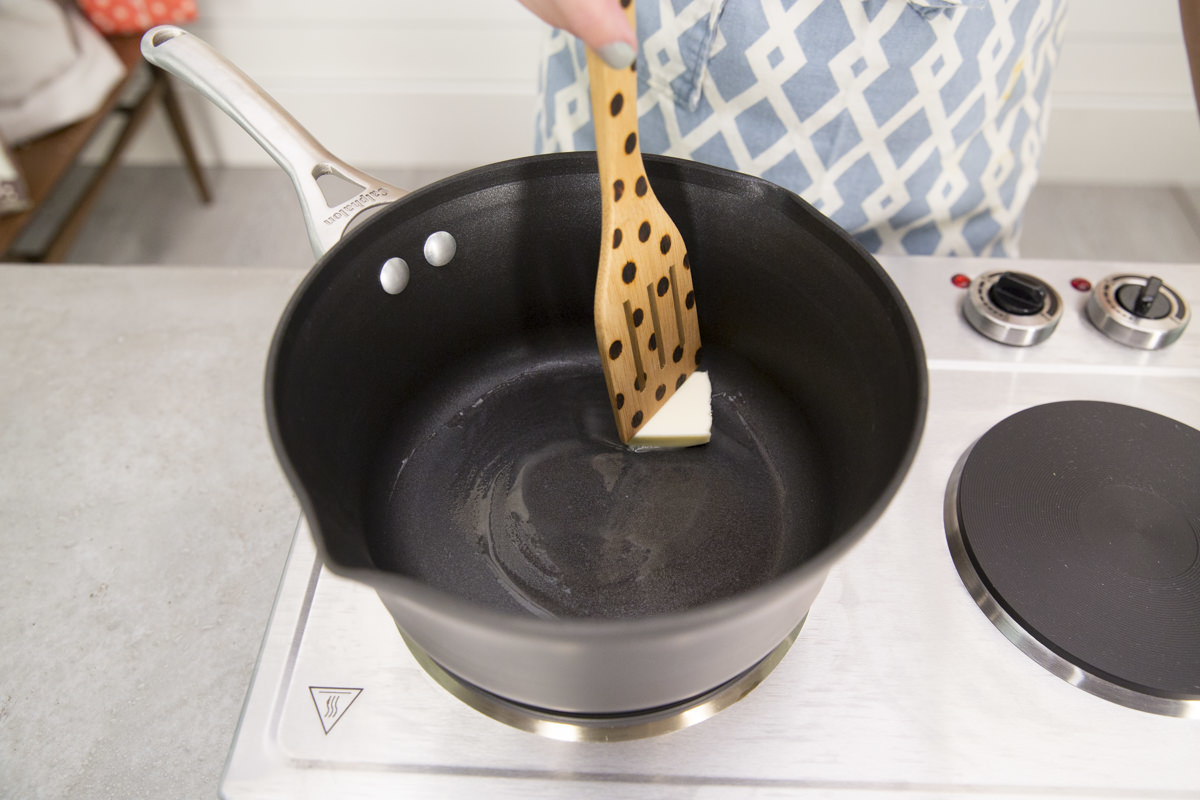 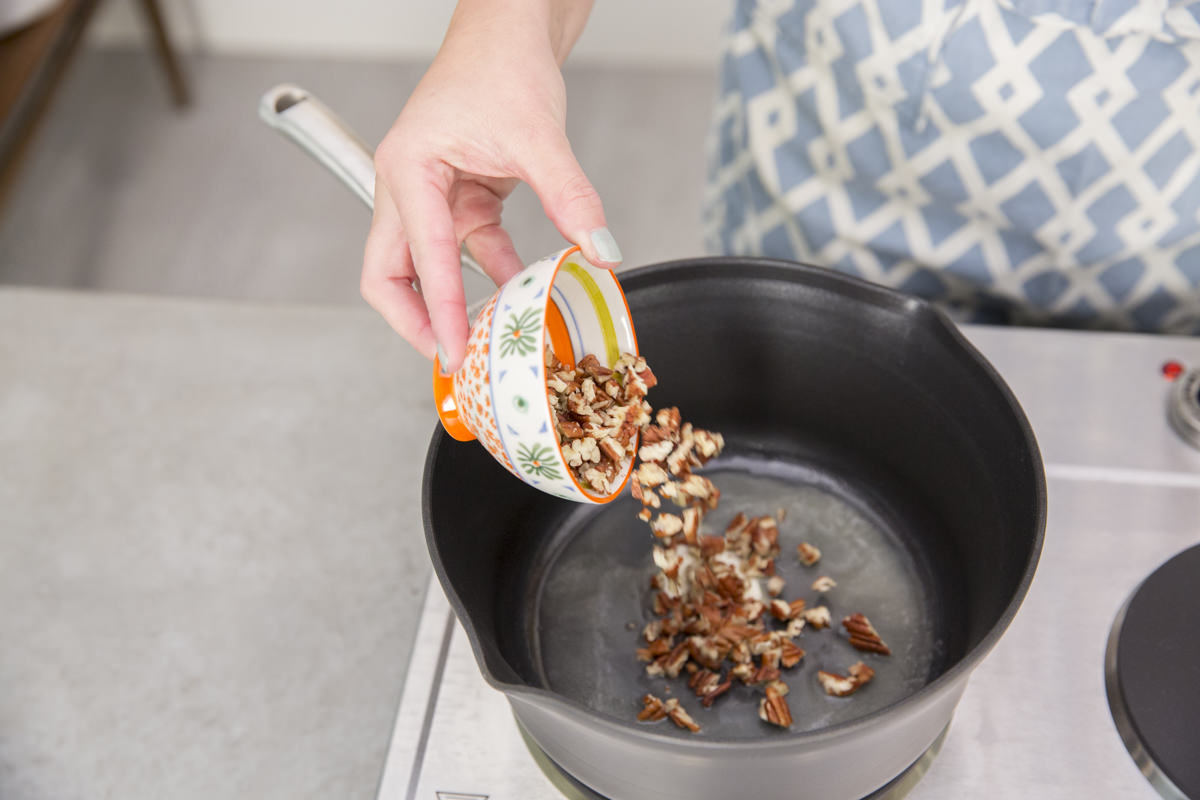 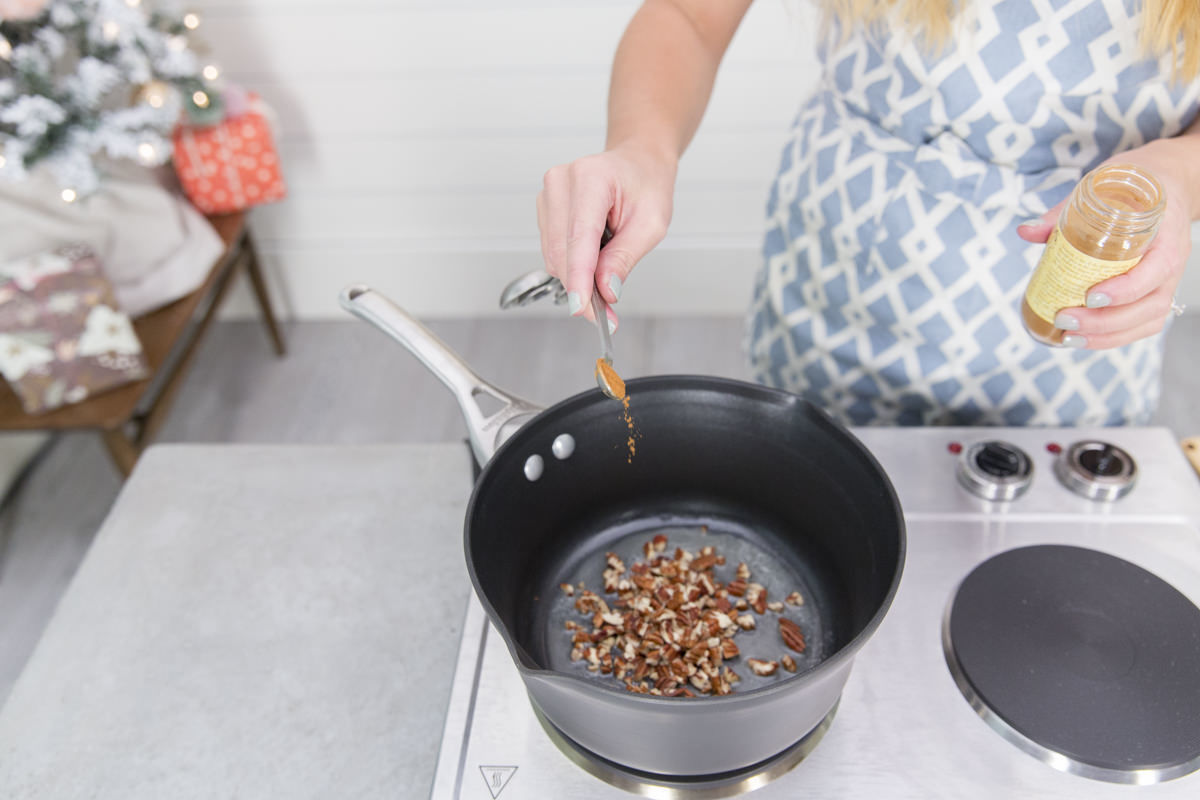 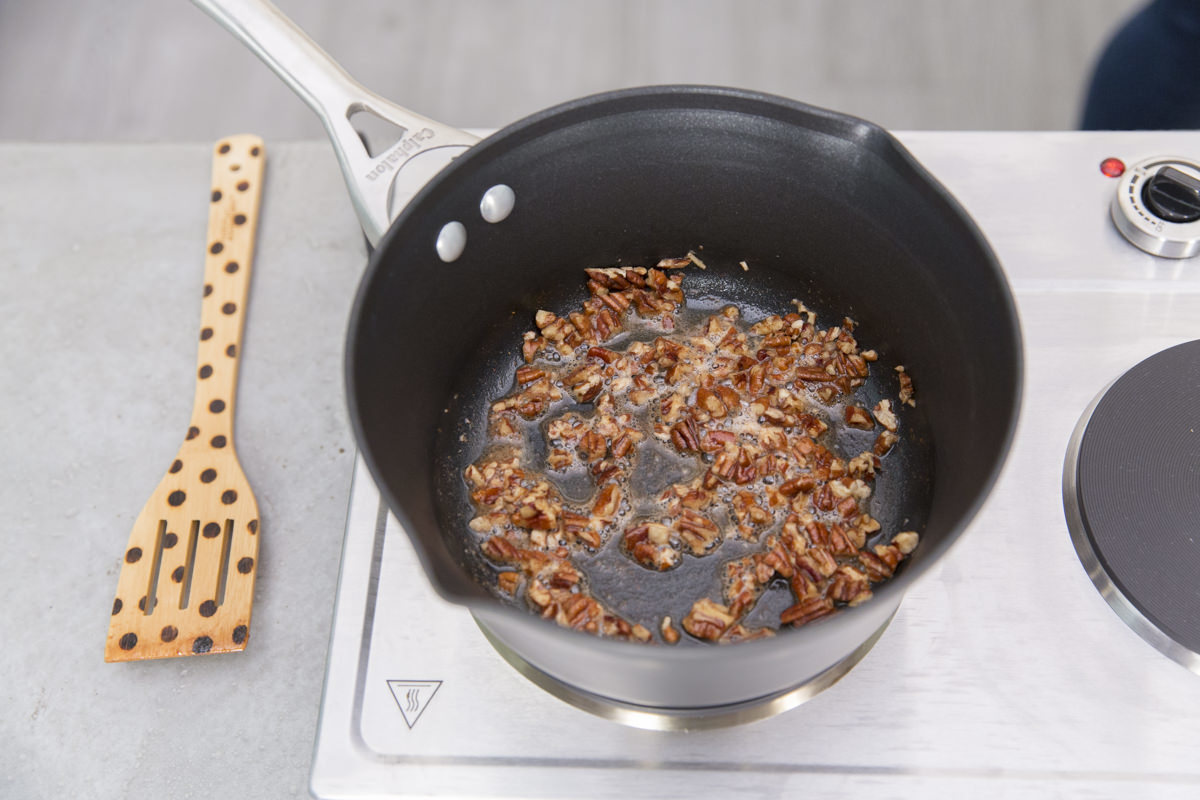 Lay the brie in the center of the puff pastry, then top it with the pecan filling. Next, crumble the brown sugar on top. Drain the cranberries and add on top of the sugar. If a little falls off the top of the brie, don’t worry about it—as long as it’s still on the puff pastry, it’ll get wrapped up in there and you’ll never know the difference.

For those of you cooks who, like me, haven't had much personal interaction with a wheel of brie it has a kind of white film on the top that doesn't really look like it's supposed to be there. Don't worry about this, it's totally normal. 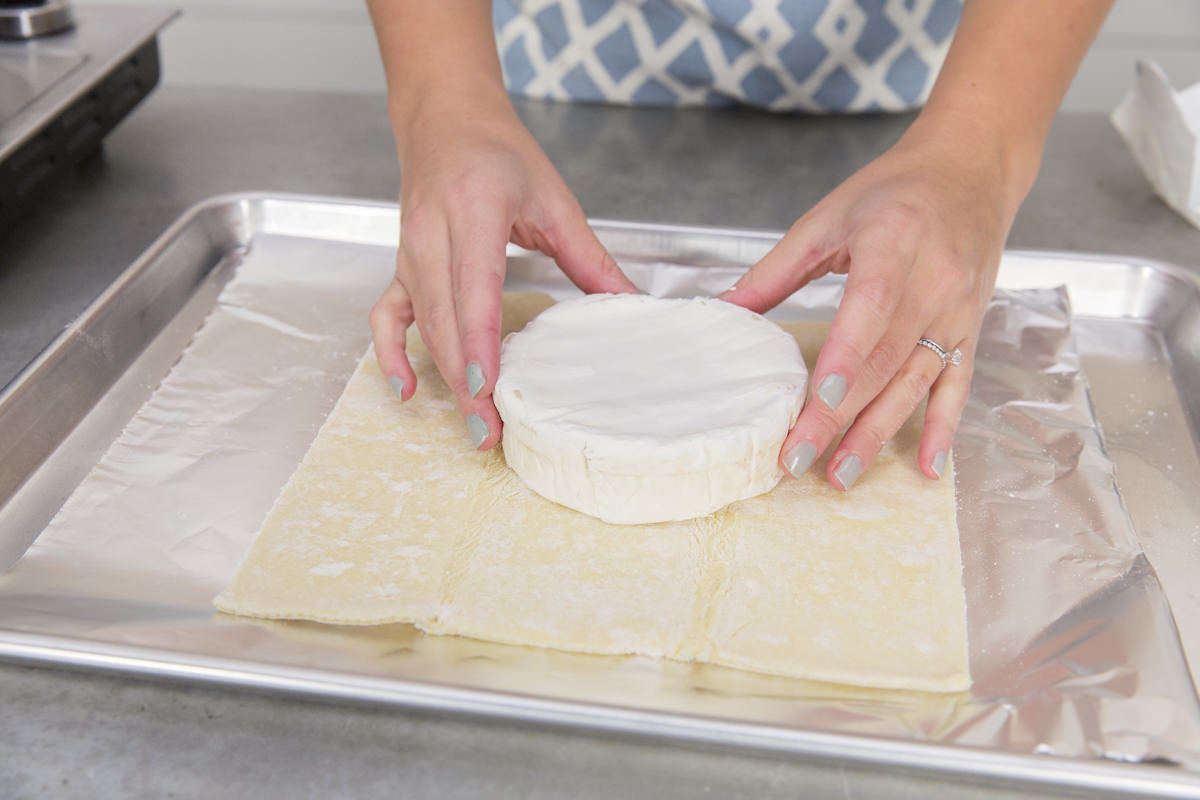 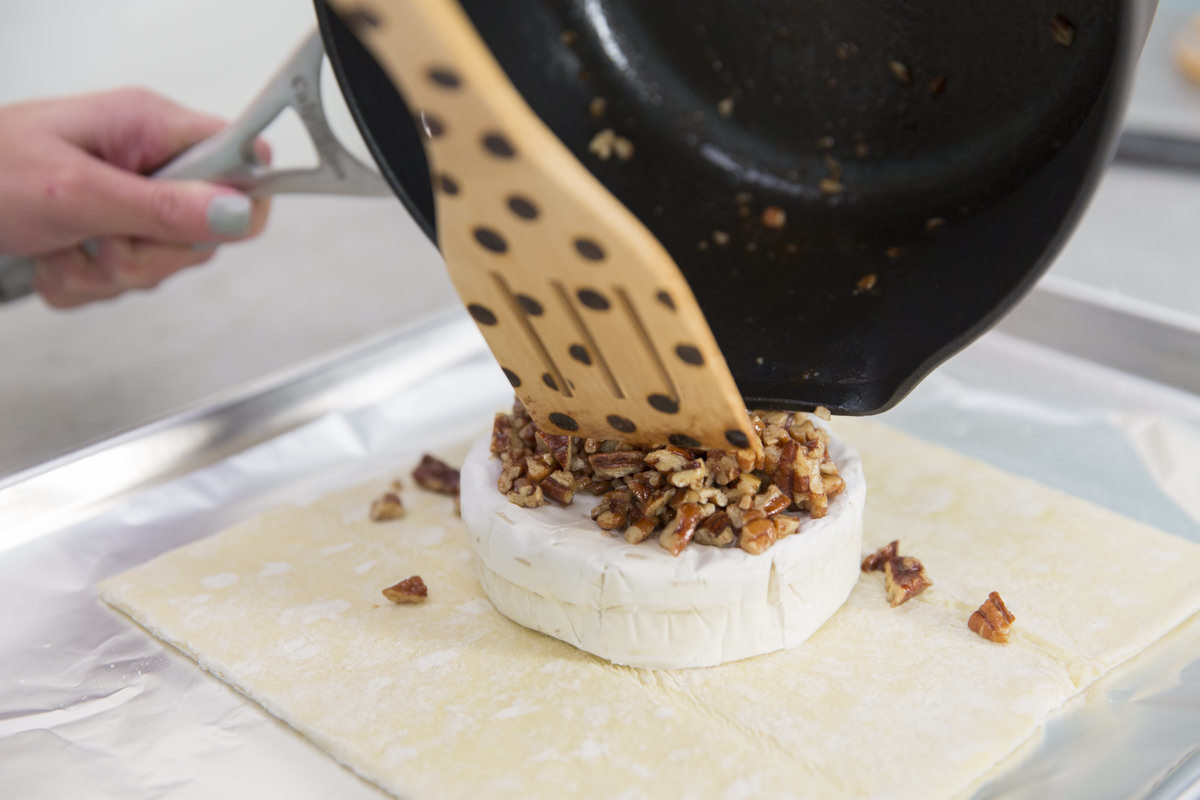 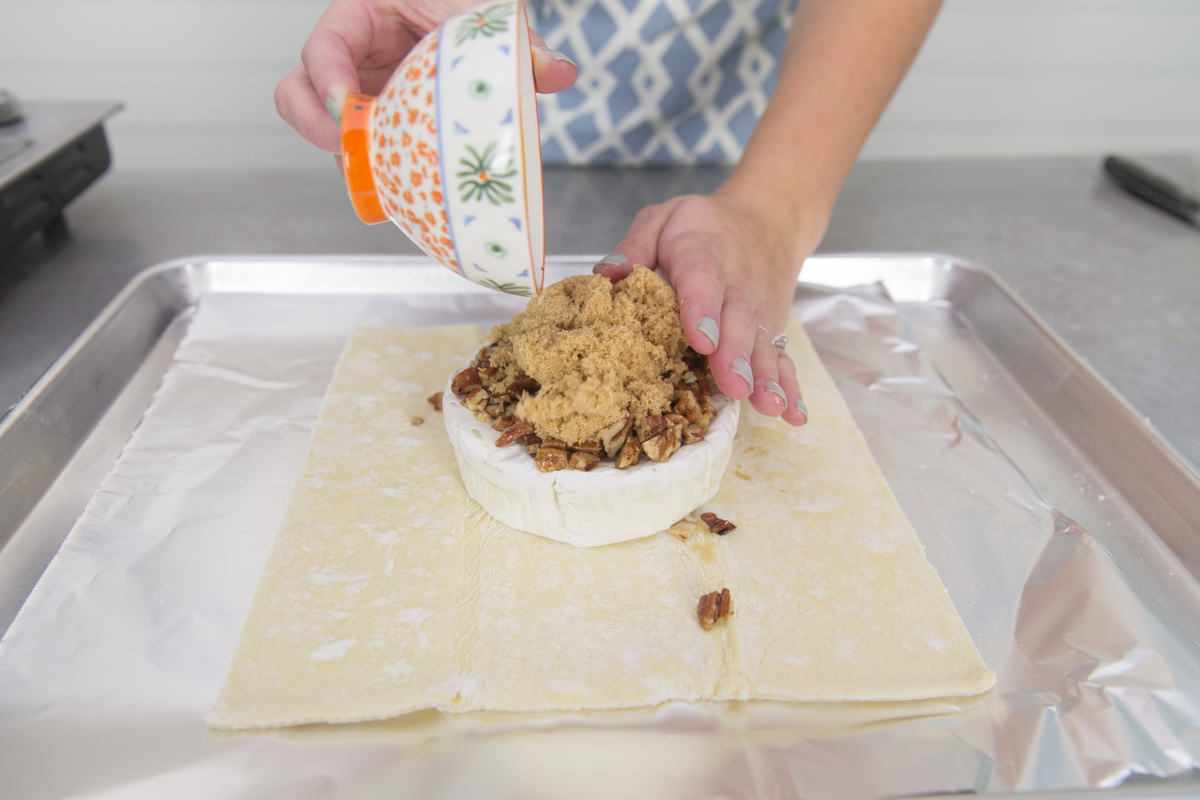 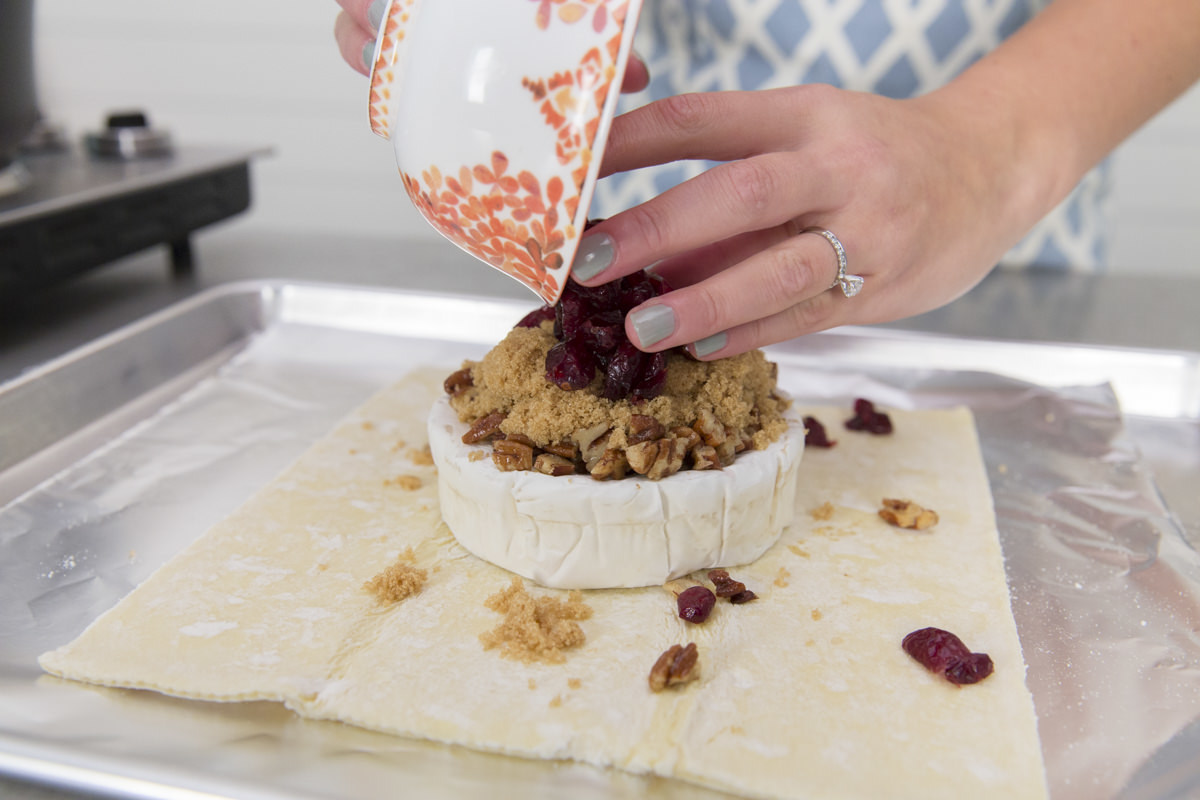 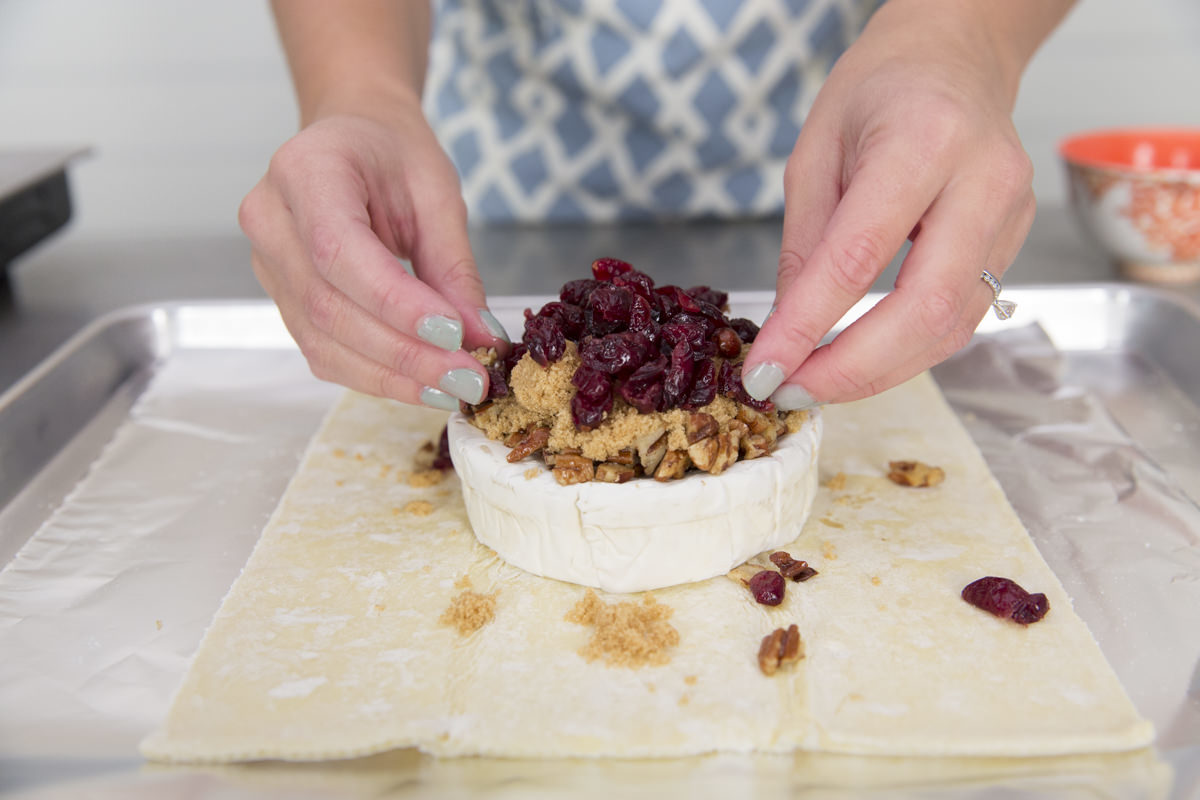 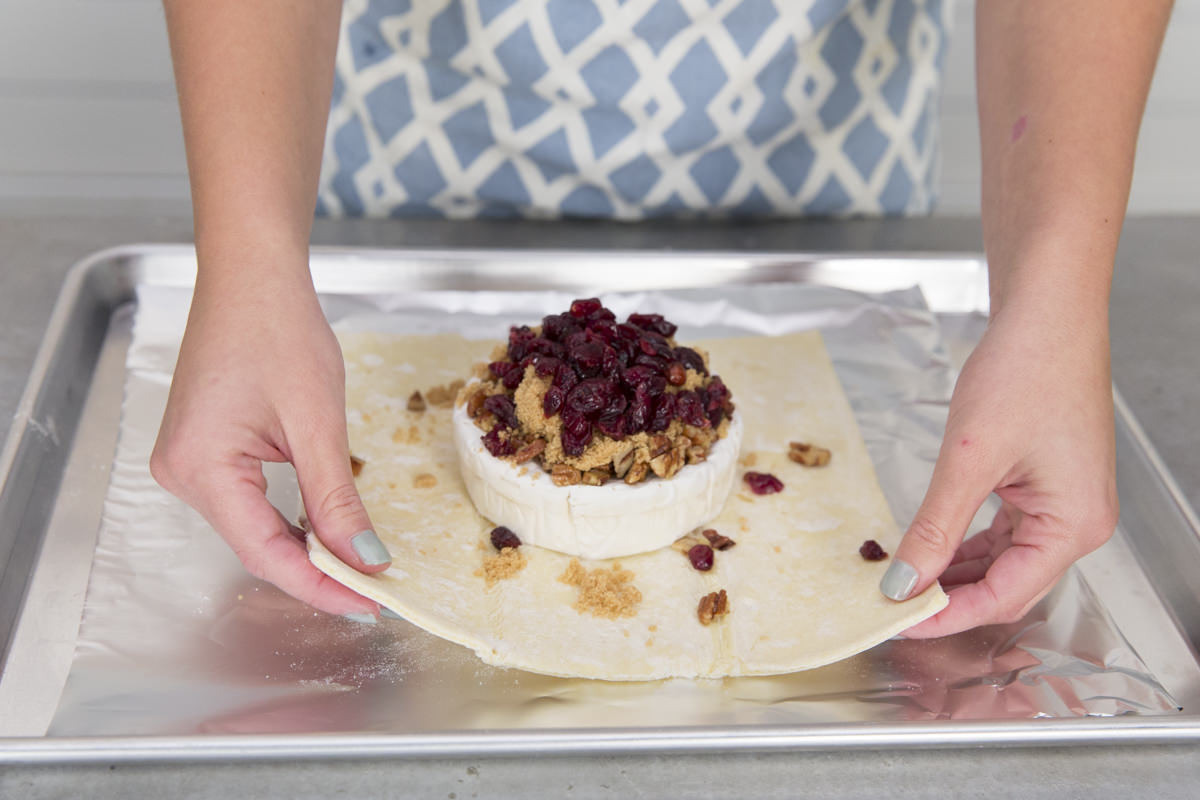 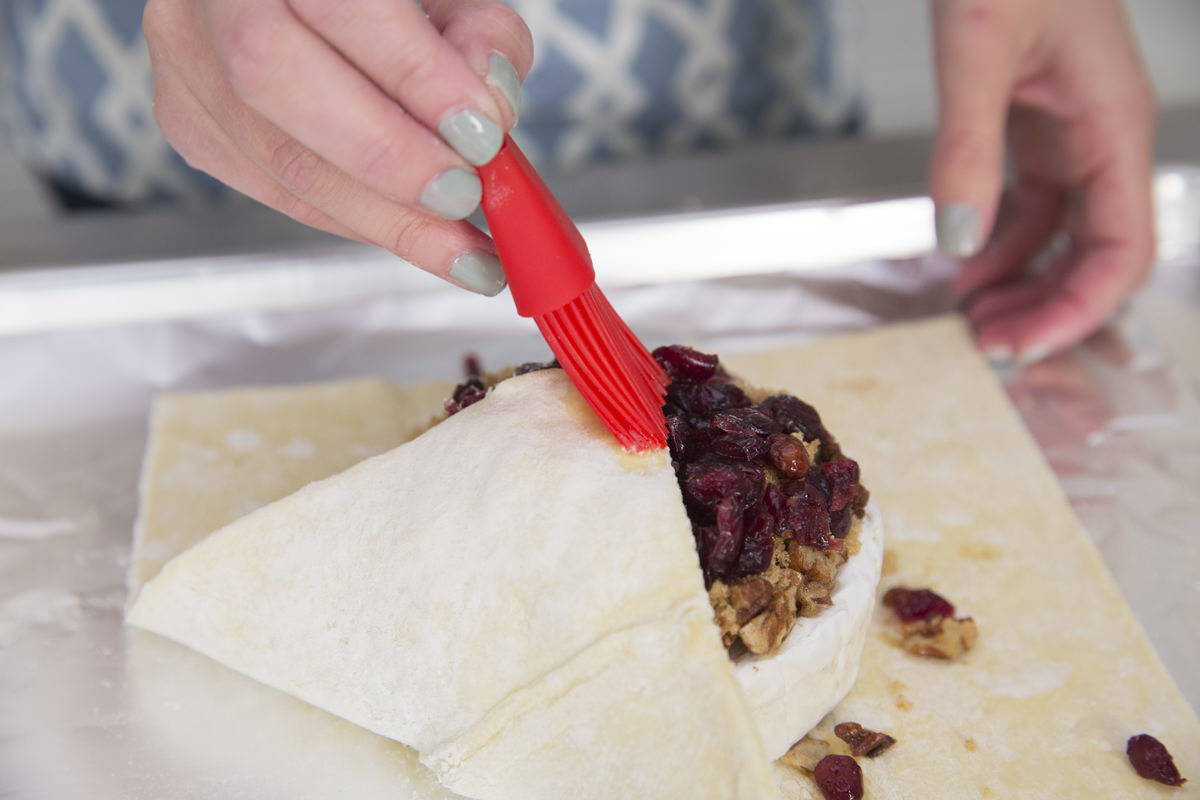 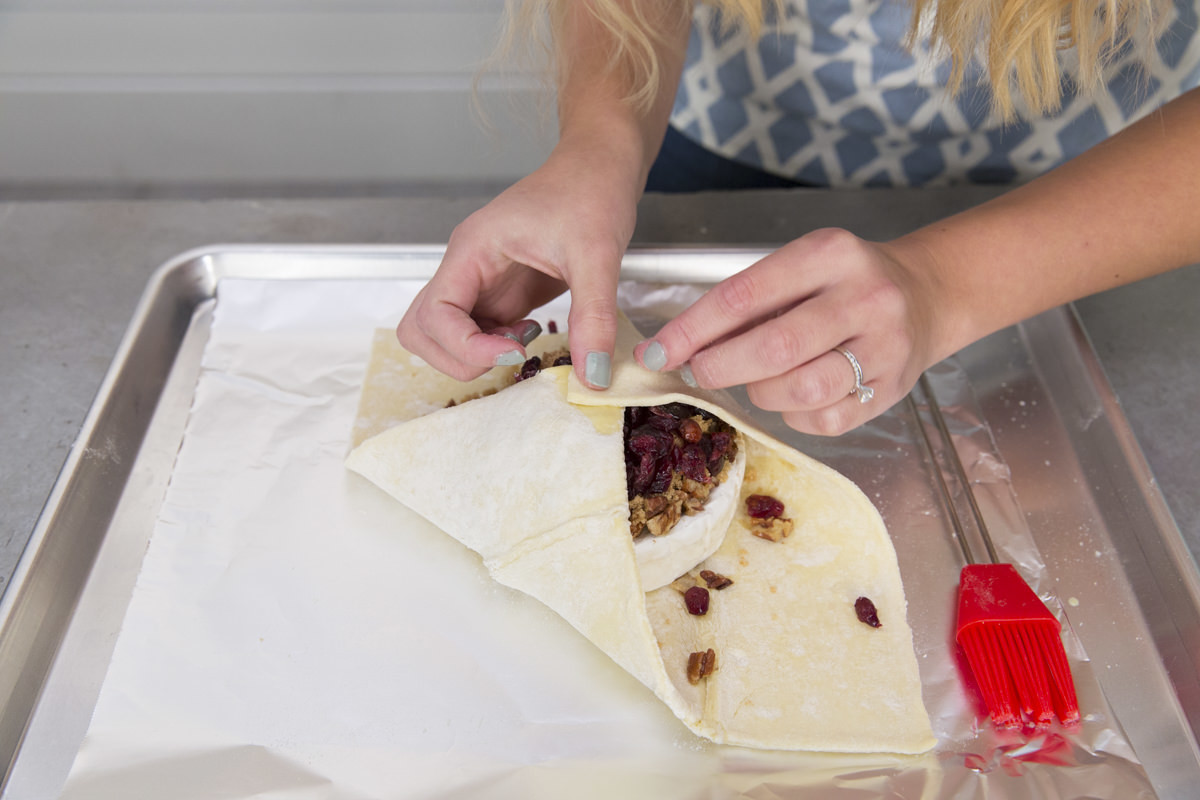 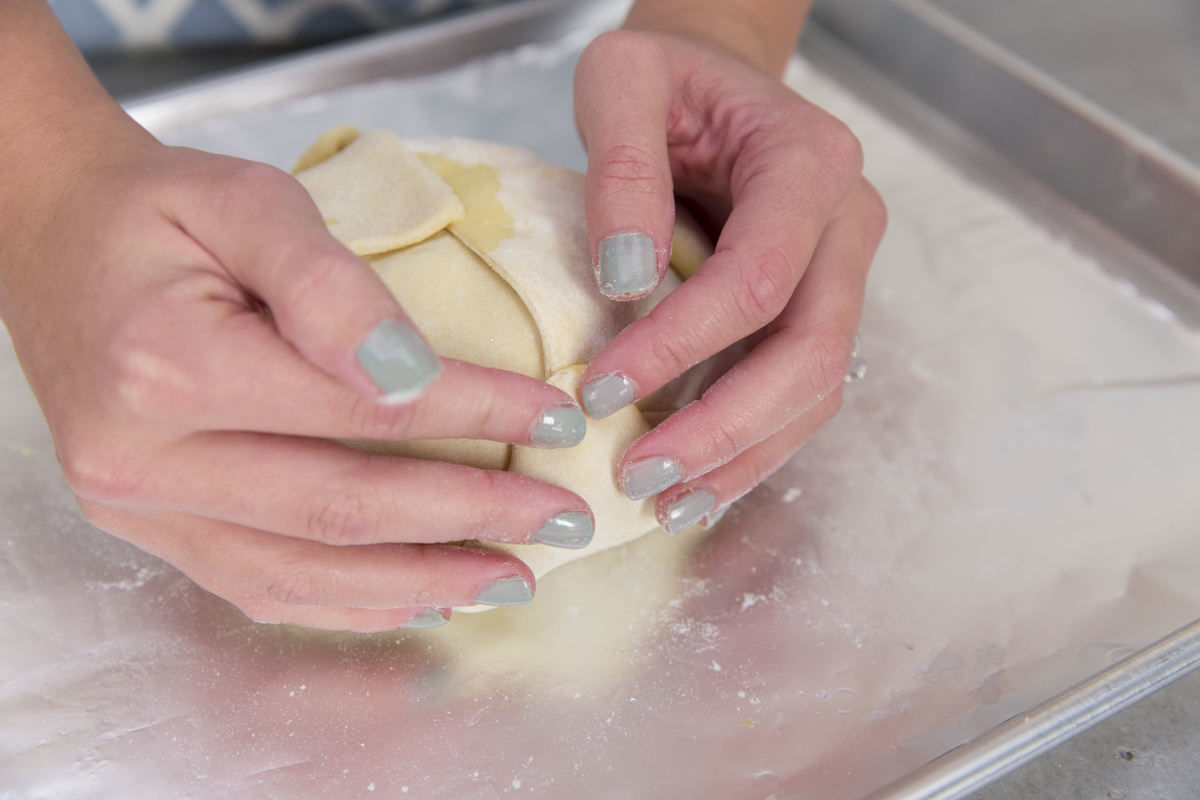 Once the pastry is folded, brush the entire top of the dough with the beaten egg. 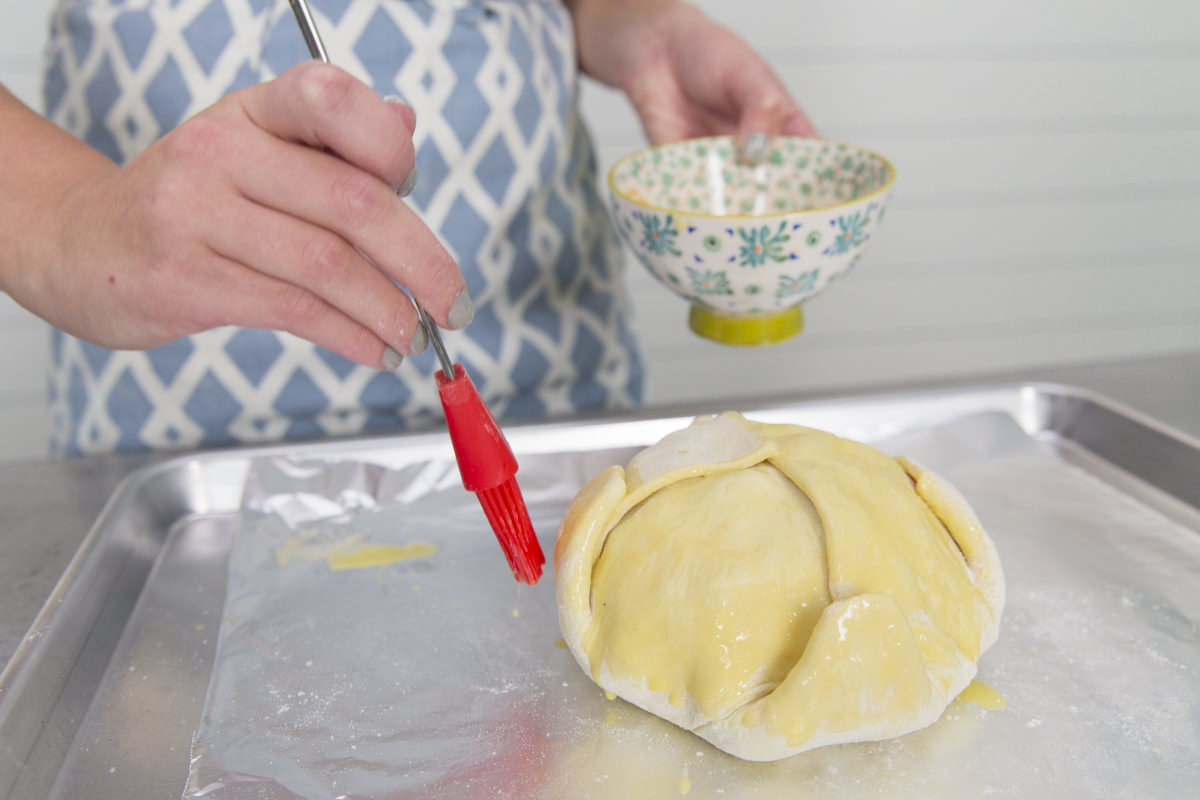 Pop the tray in the oven and bake for 15-20 minutes, or until the pastry is a golden brown. 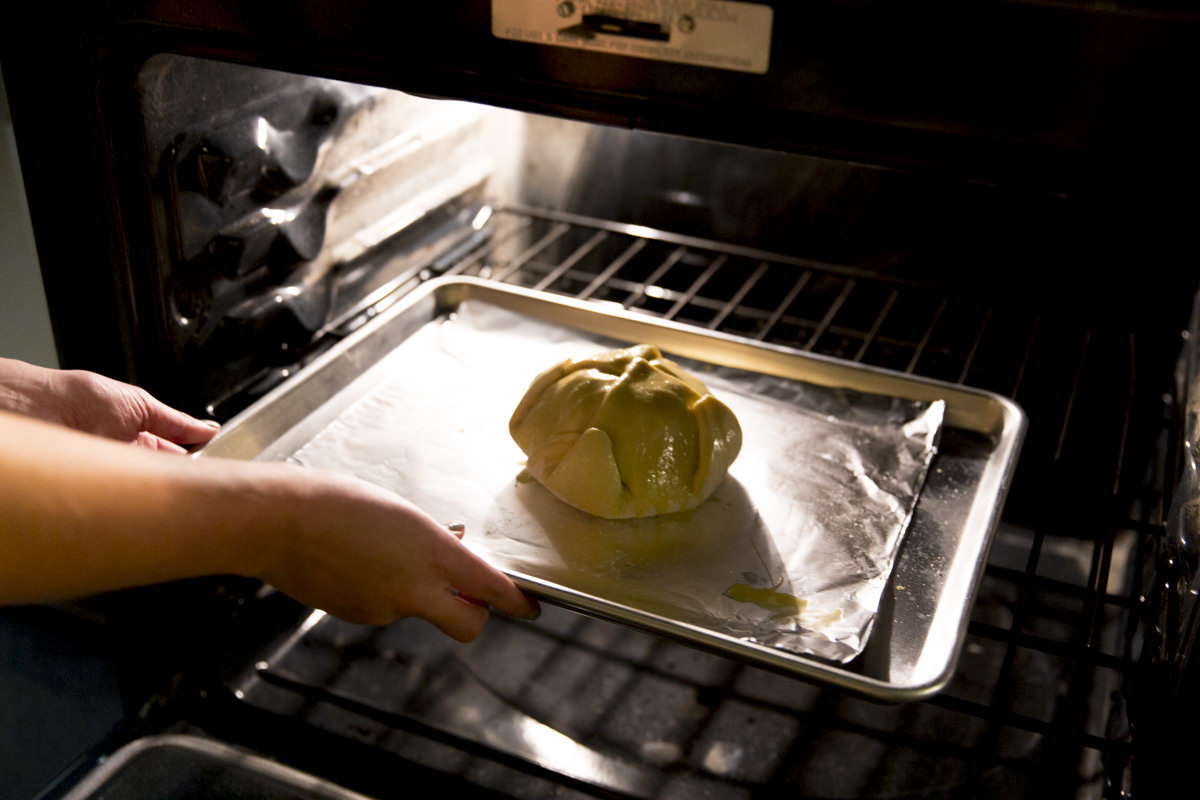 Cut and serve while the brie is still hot and melted. Yum! 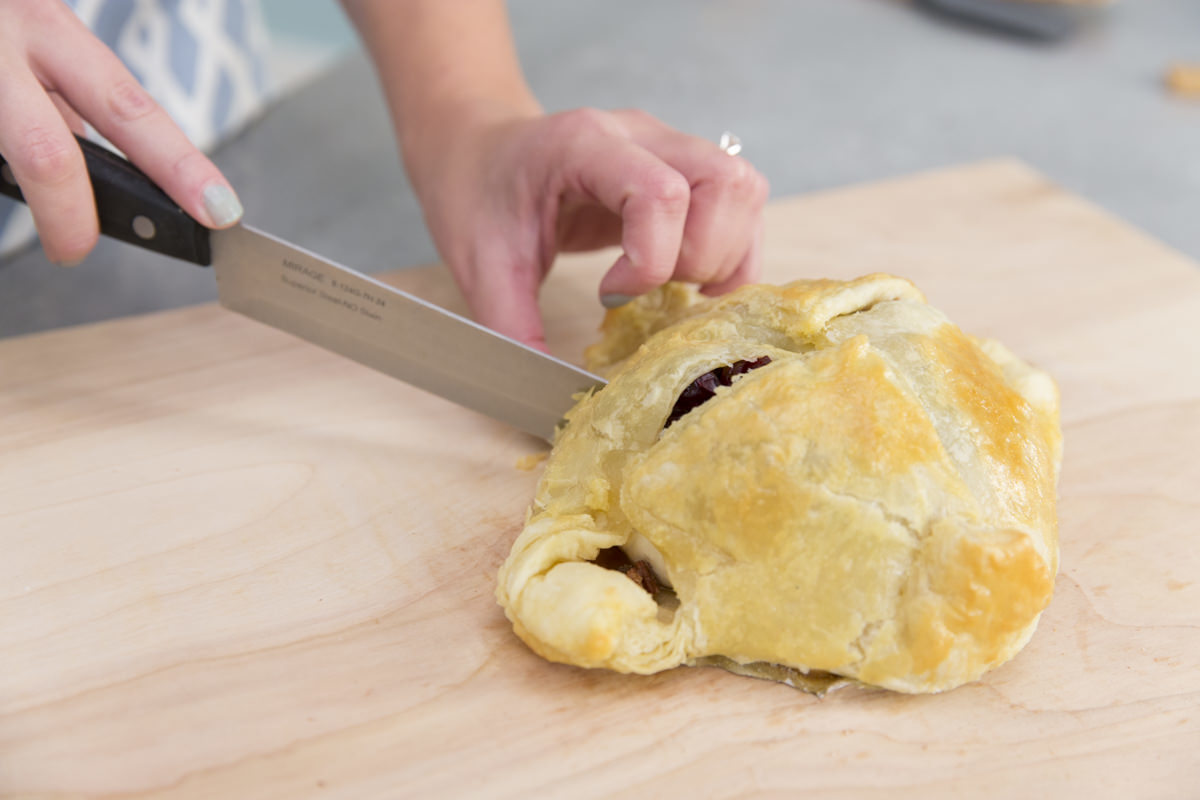 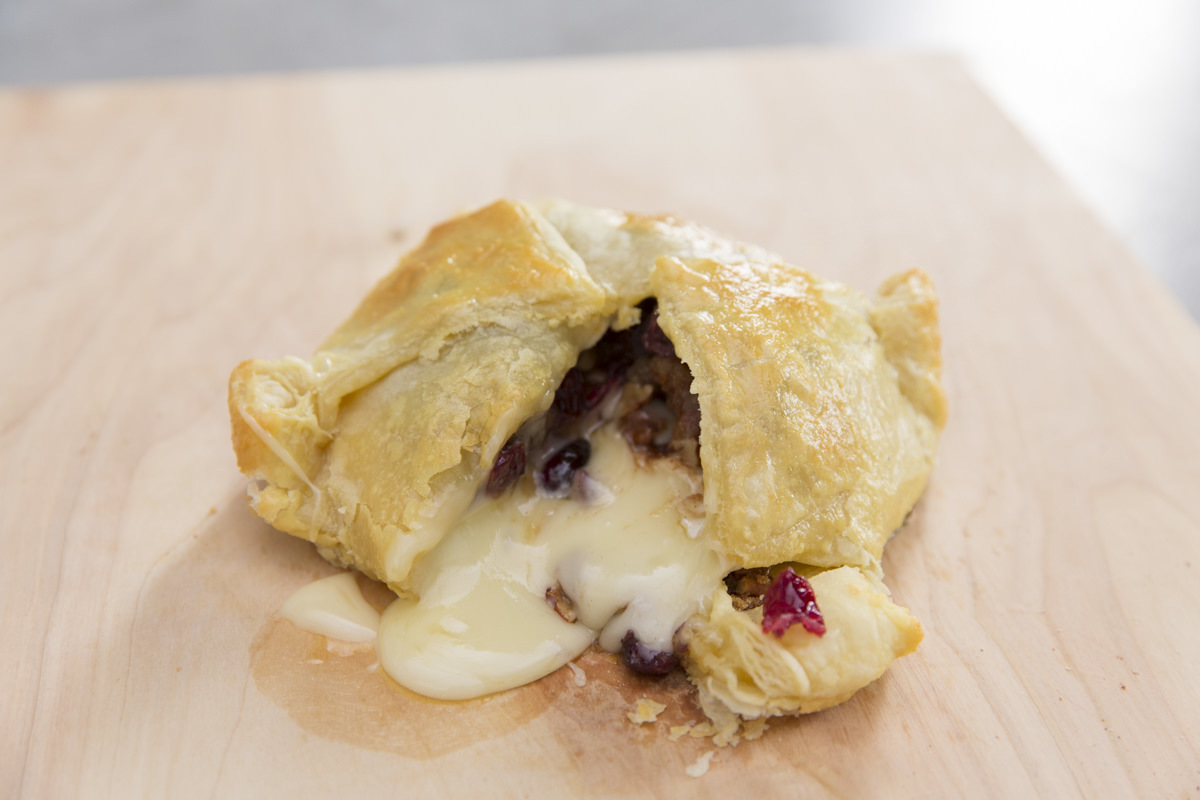 This sweet-and-salty pastry is one of my favorite holiday treats and is always a hit at winter gatherings. What makes it better is that you can serve this as a killer appetizer or it can double as dessert. Plus, with the golden pecans and dark red cranberries, it just looks like Christmas. I hope you (and your guests) love it just as much as I do! 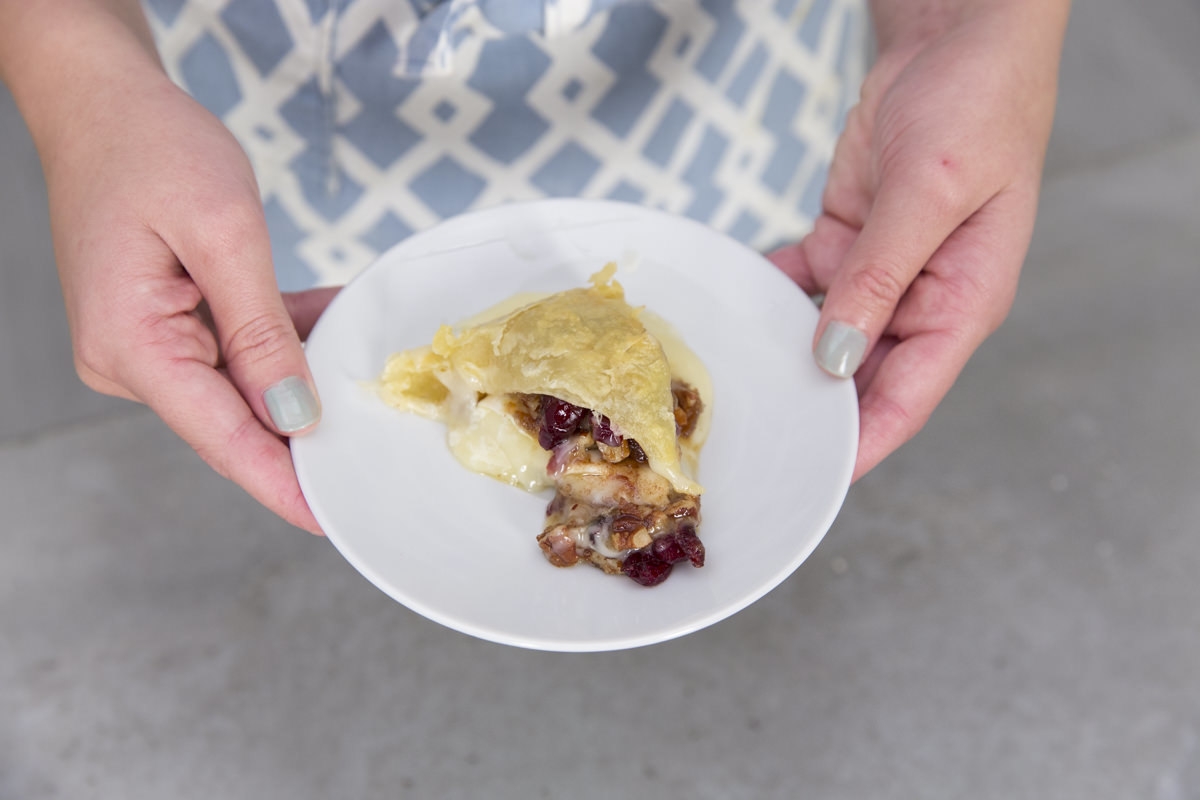 How To Build a Planter Bed

Planter beds might look complex, but they’re an easy weekend project that can improve the look of your yard and provide good drainage for your plants. Not to mention, there is nothing quite as satisfying as growing your own garden.

How To Make a Blanket Ladder | 12 Days of DIY

Organize your blankets on this lovely DIY blanket ladder! Or give one as a gift!

Here are some quick, inexpensive, and effective solutions for getting the dirt and the grime off your windows.