We love lawn games. If you've missed them, check out our ladder golf tutorial and our cornhole toss tutorial. Today's game is a great addition to this set!

Pick out two-by-fours with as few knots as possible. We used construction grade, "stud" lumber which is far from "finish lumber," but Dunn Lumber's premium stud two-by-fours are a lot better quality than most studs and worked great for this project. Small, tight knots are okay, but you'll want pieces that are smooth and will glide against each other without needing to be sanded.

You'll be cutting nine pieces out of each board. A great way to make these cuts quickly is to make a jig. Clamp a piece of scrap wood to a chop saw and cut partway through it. Measure from the edge of the cut and mark at 10.5". Position a small block of wood along the line and clamp it in place. 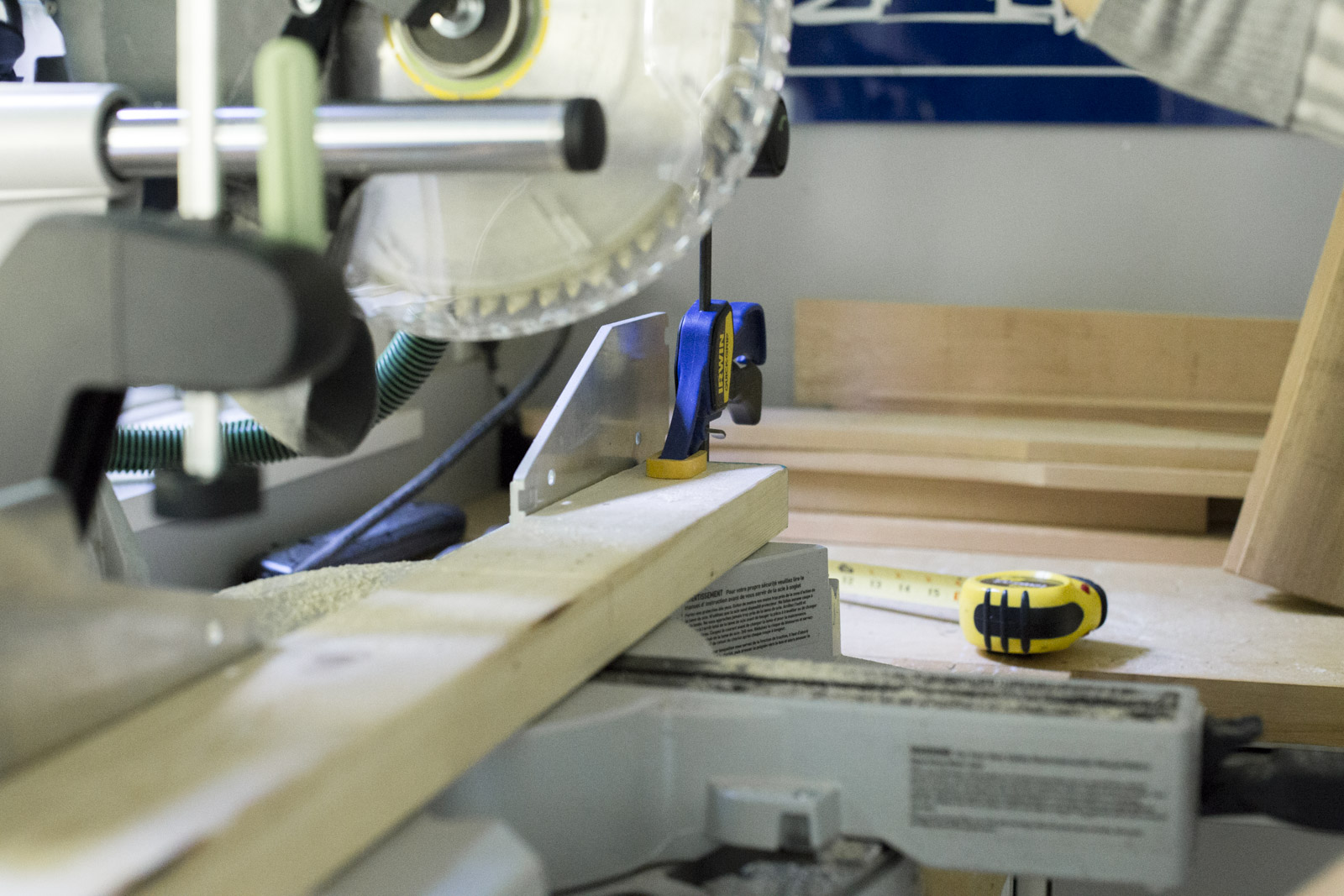 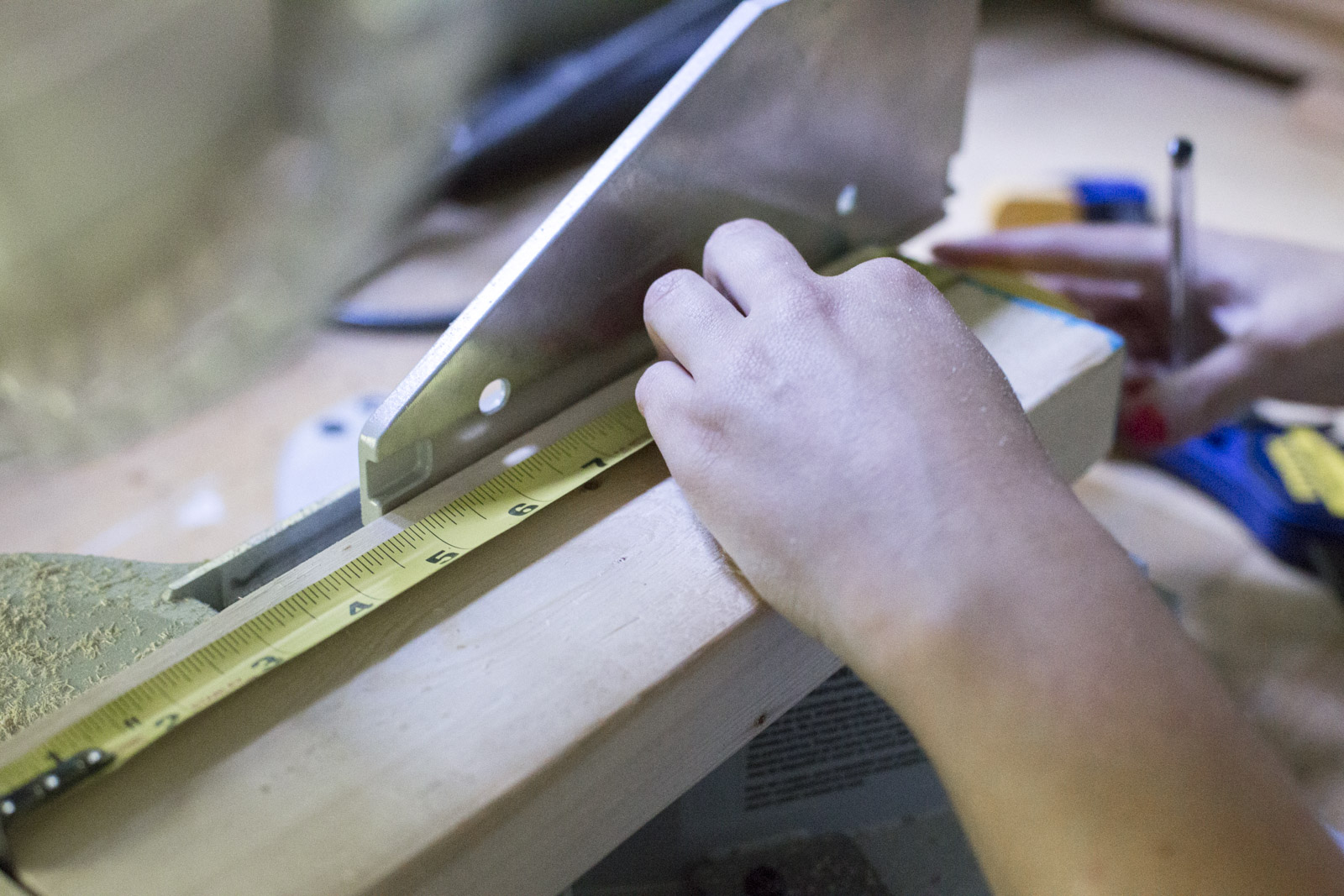 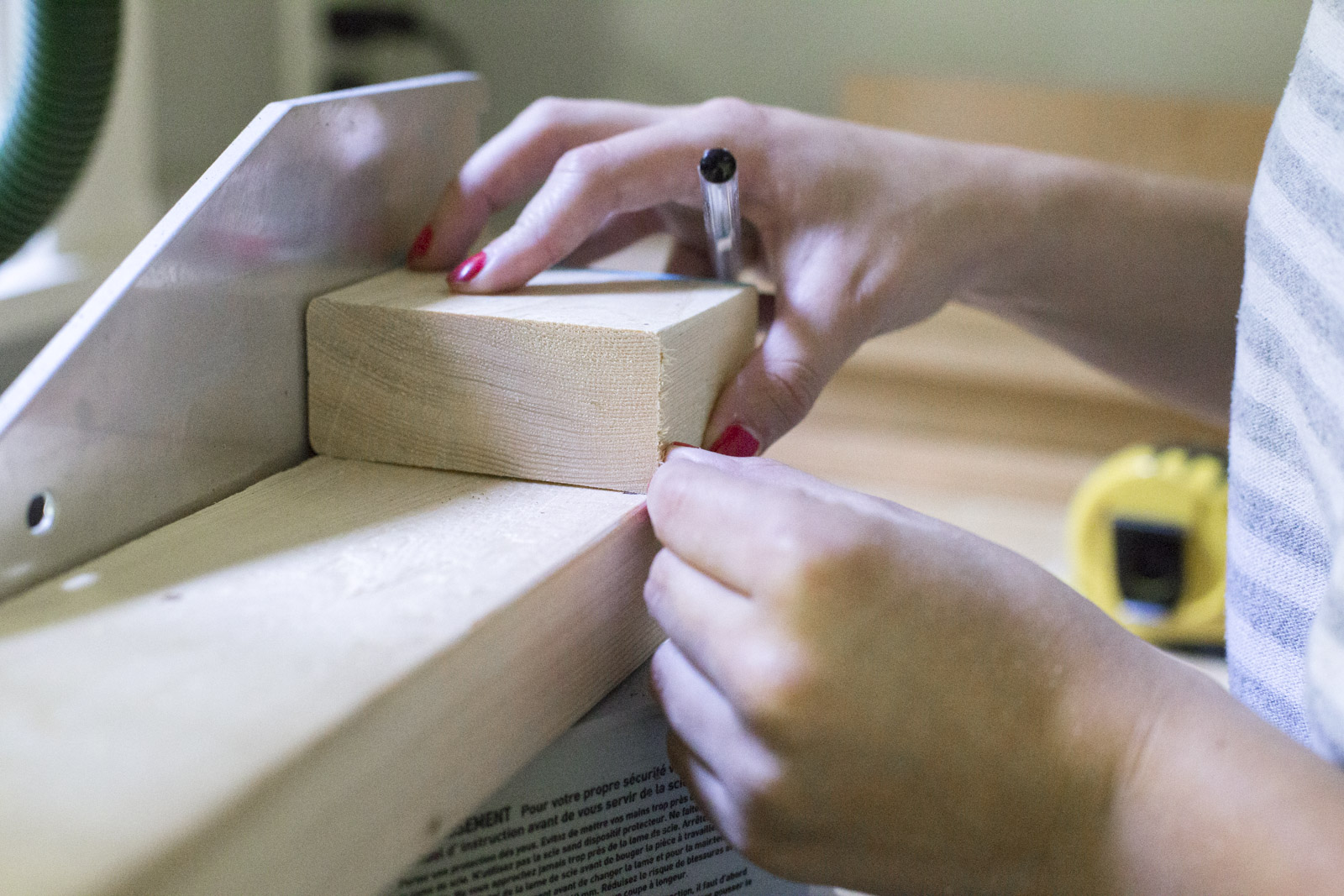 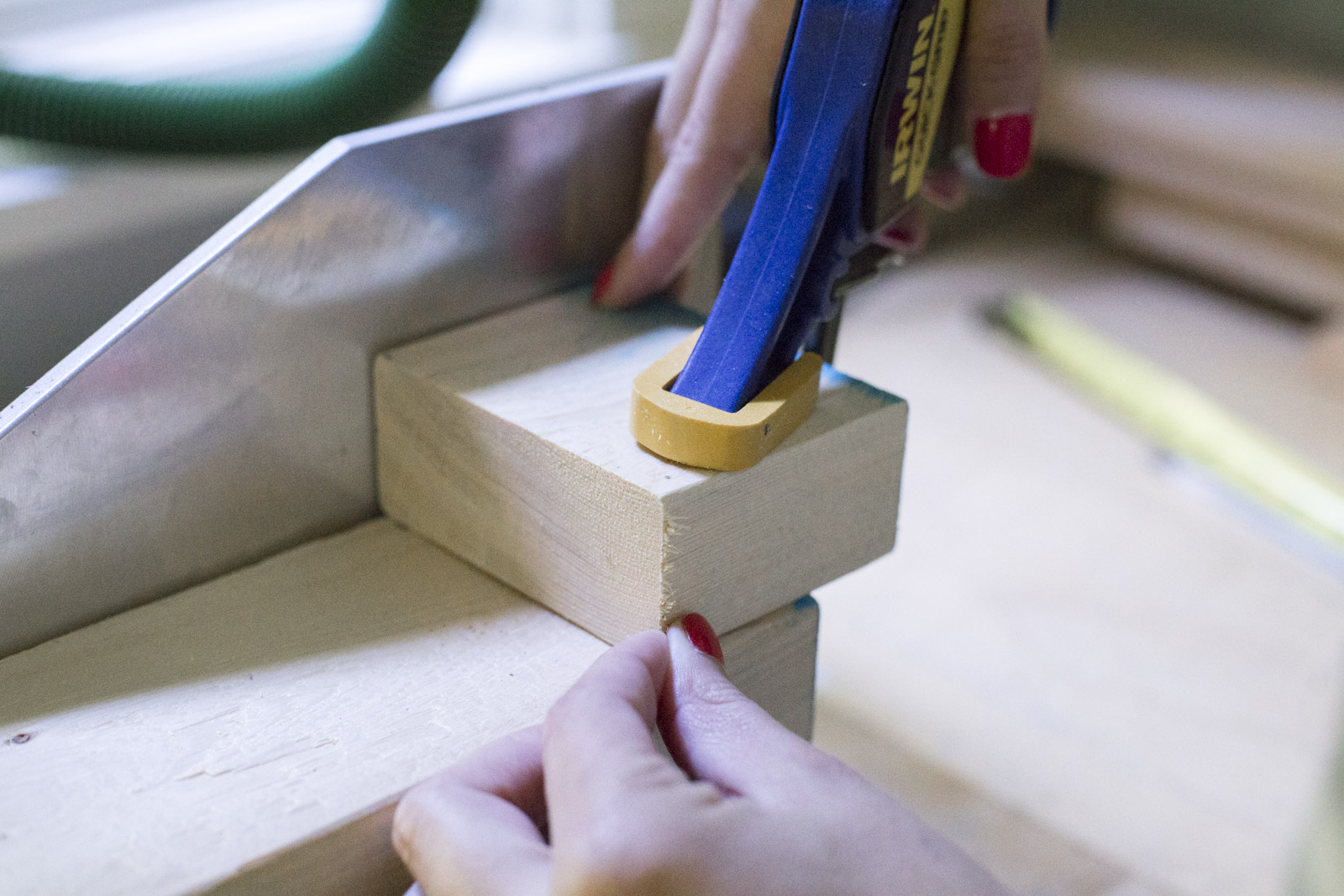 Slide the two-by-four up against this block and make the cut. Measure and make sure the length is exact before continuing on with the rest of the wood. This technique will save you so much time. There are 54 pieces in a Jenga set, so you will need to cut the two-by-fours into 54 10.5" pieces. 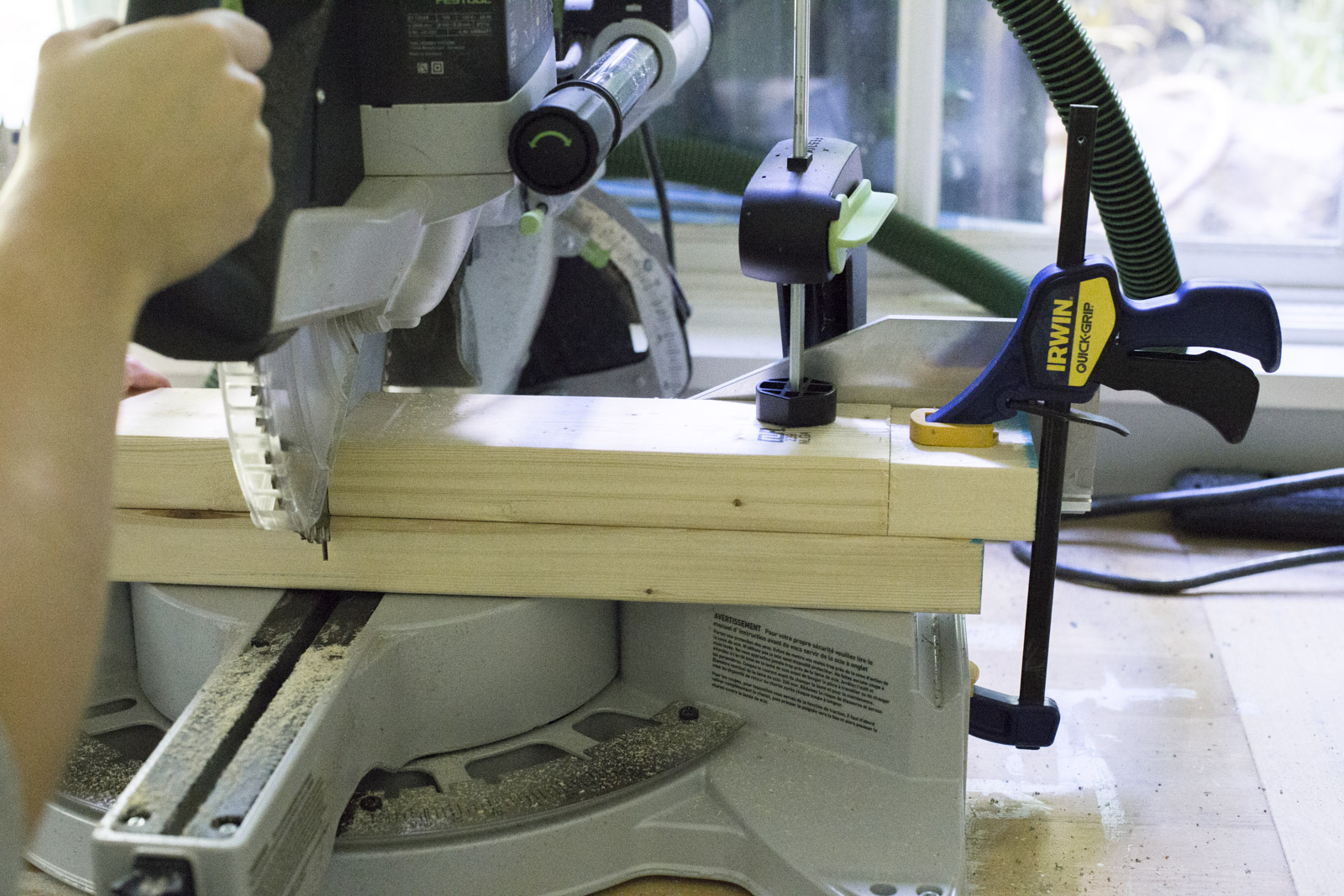 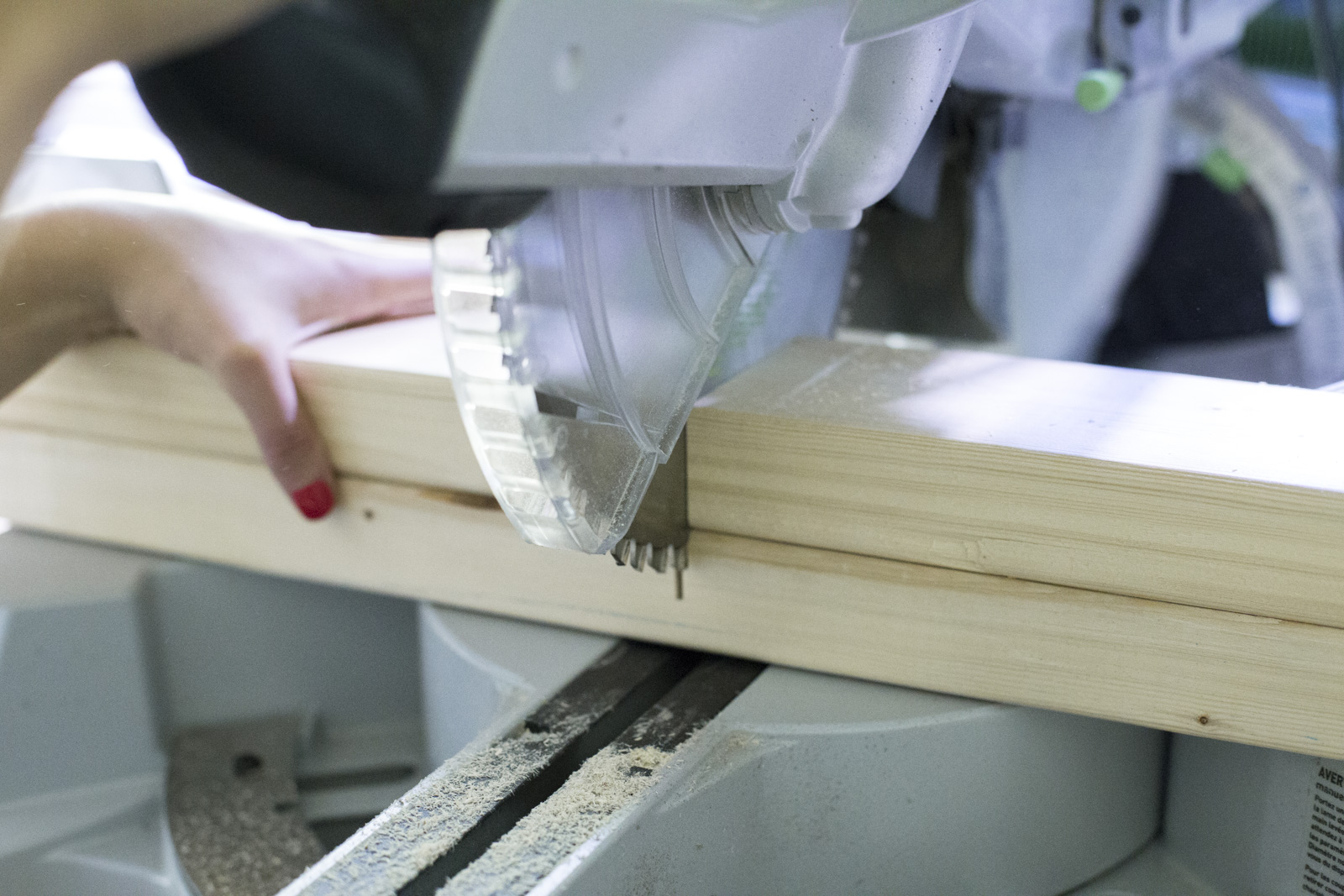 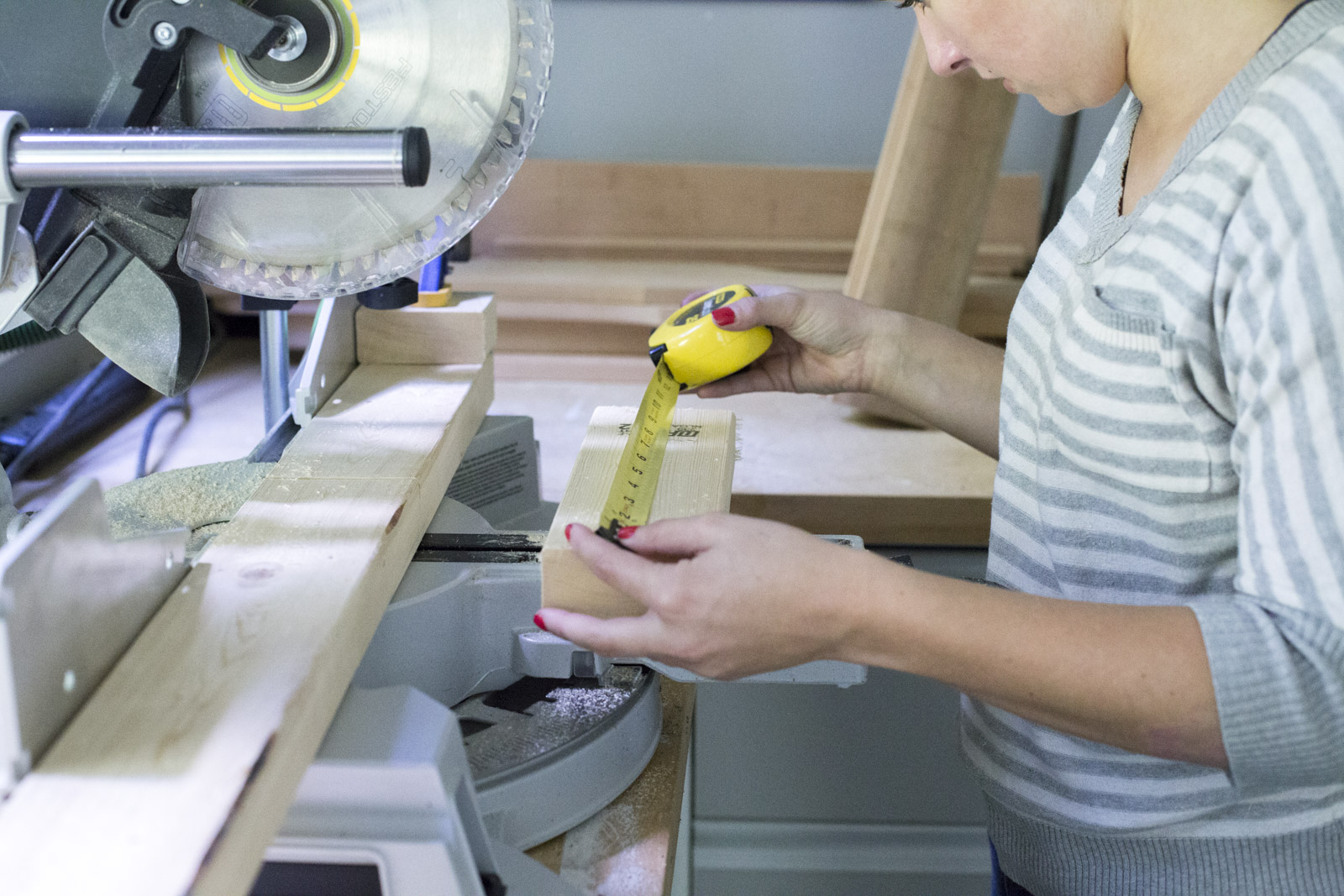 You'll want to do this thoroughly, but also as quickly as possible because it's a lot of sanding! Using a pattern helps speed up the process a lot. Here's the one we settled on: Sand the end briefly, then go around the edges and corners at a 30° angle from the surface of the board. Sand a second time, this time at a 60° angle. And, voila! One end done. Repeat with the opposite end, and don't even bother with the middle of the board unless it's unusually rough. 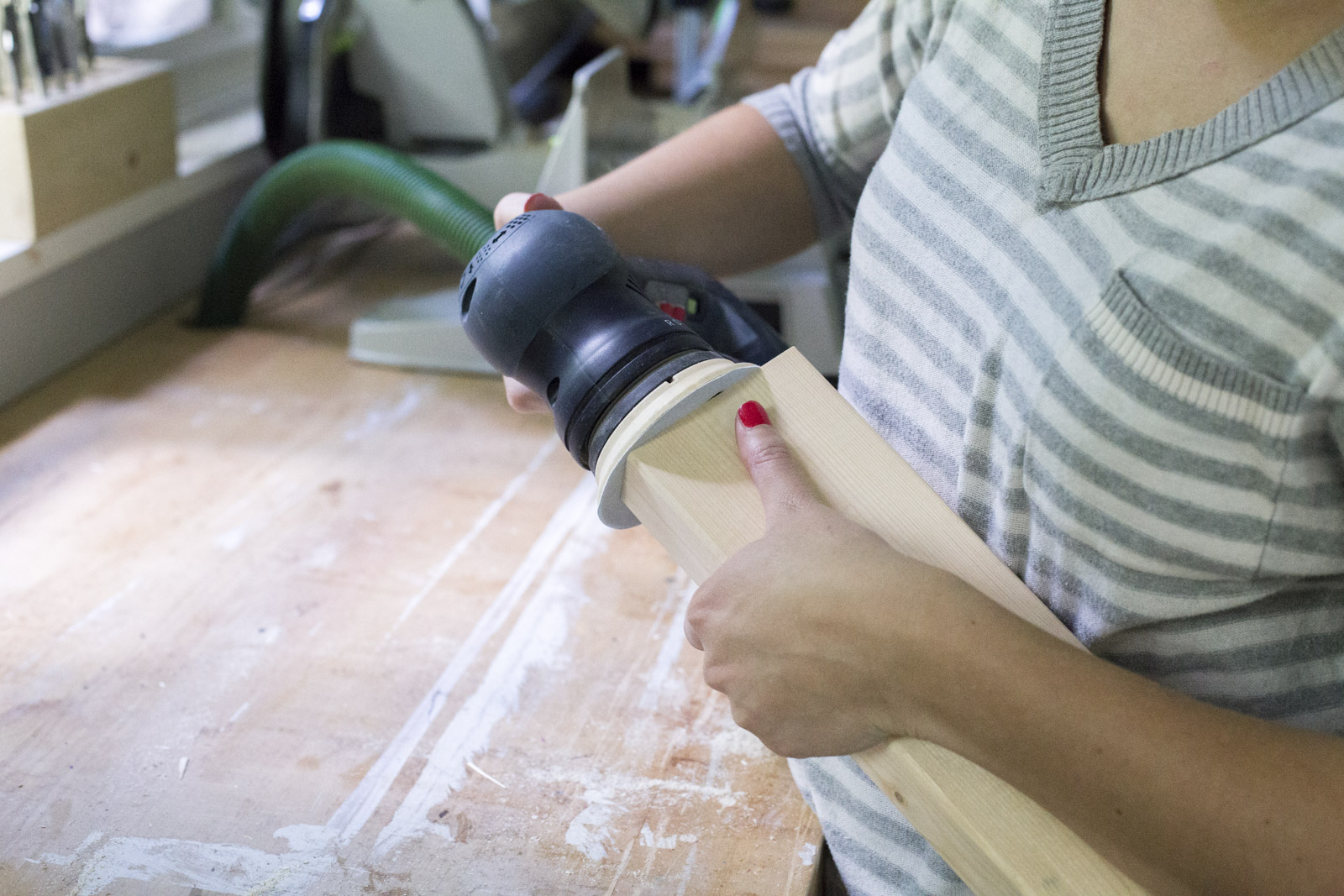 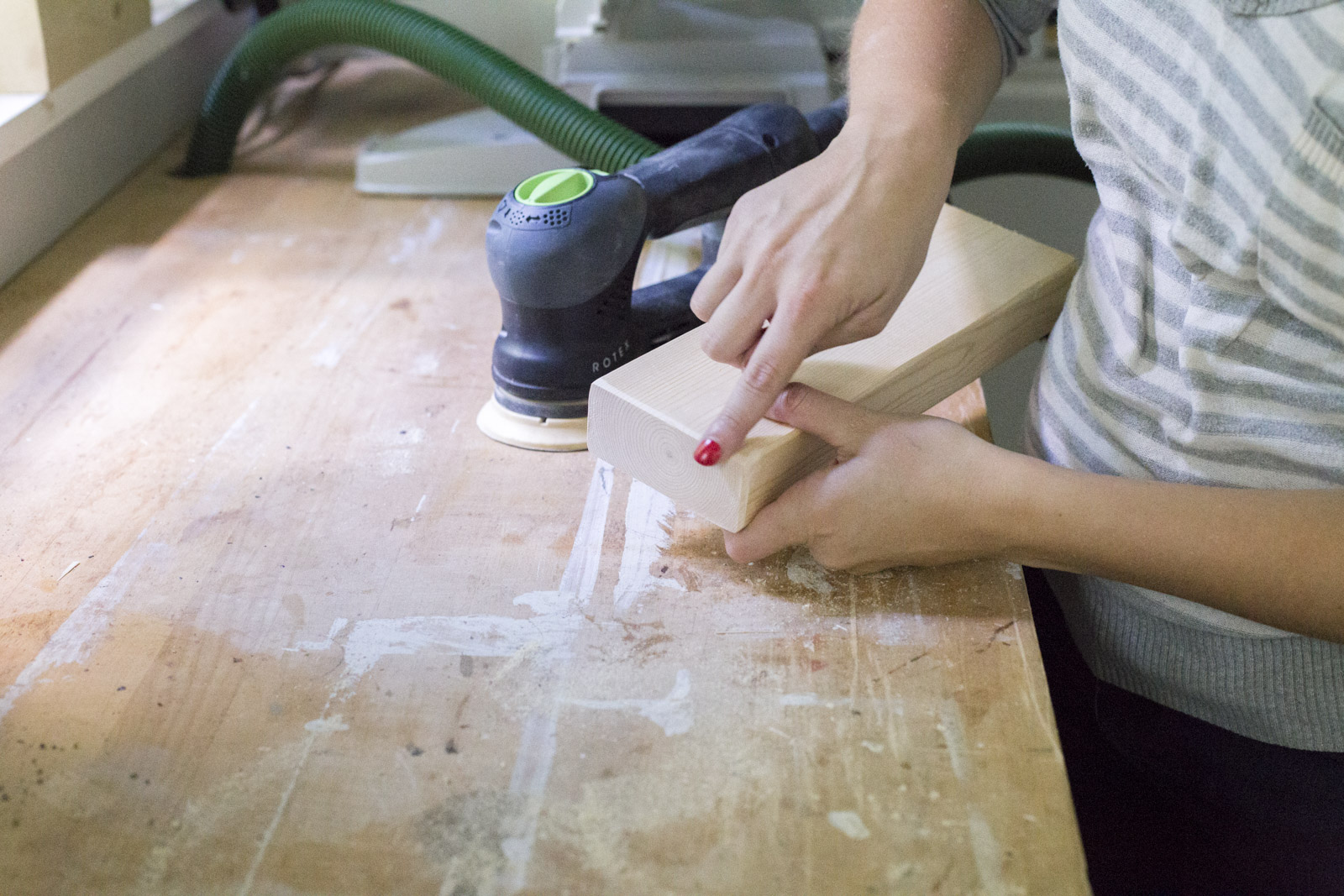 We coated each piece with polyurethane spray. Be sure to wear gloves and apply this spray in a well ventilated area. We sprayed the four sides and one end of all the pieces, leaving them on the other end to dry. After an hour or so of drying, you can flip them over and coat the other end. Again, speed and ease is the goal. 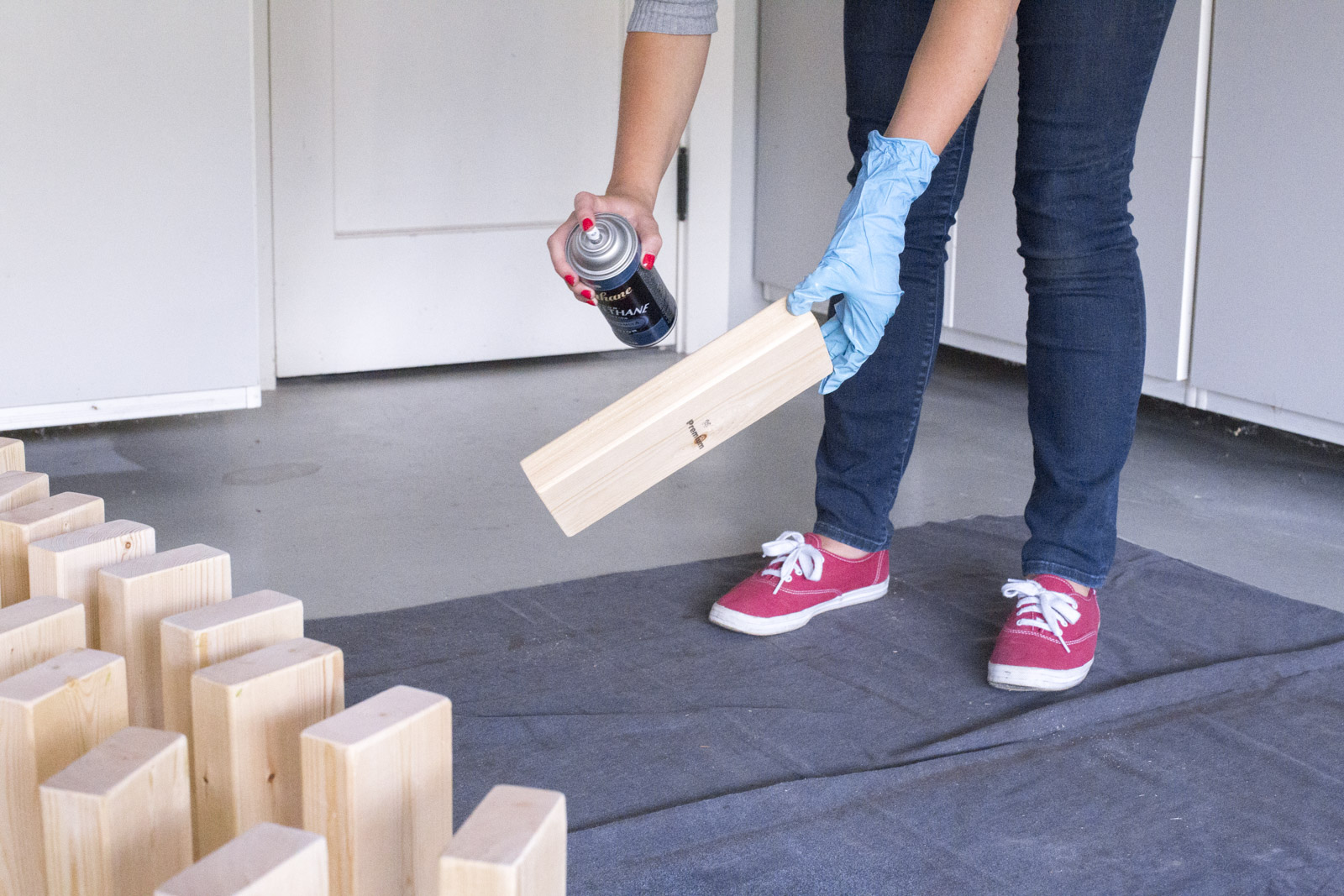 Set up your set! On a flat surface, place the boards three across, then turn the fourth board 90 degrees and stack another three. Continue that pattern until you run out of boards. 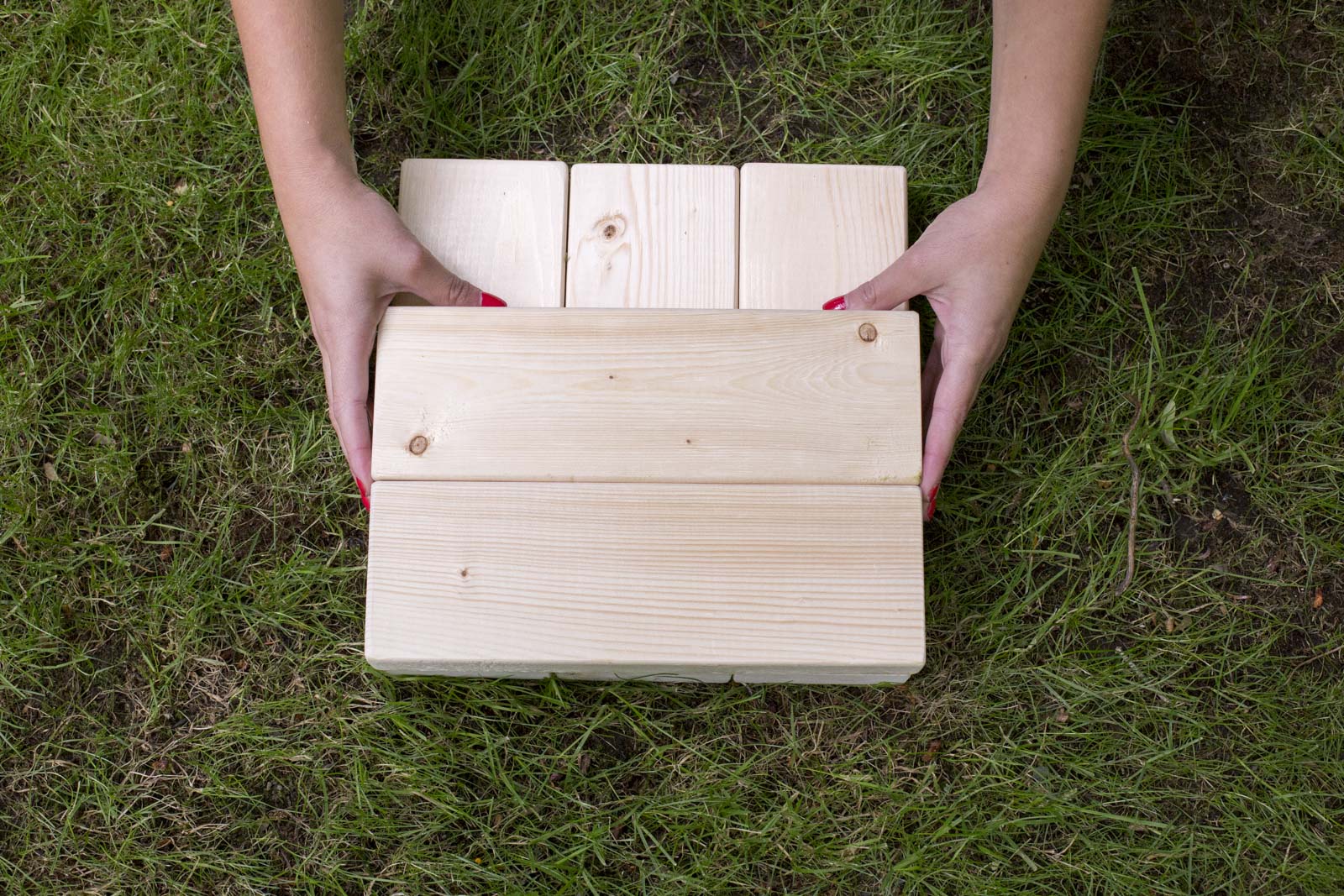 We found official Lawn Jenga Rules from Lawn Olympics. Here's what they said: 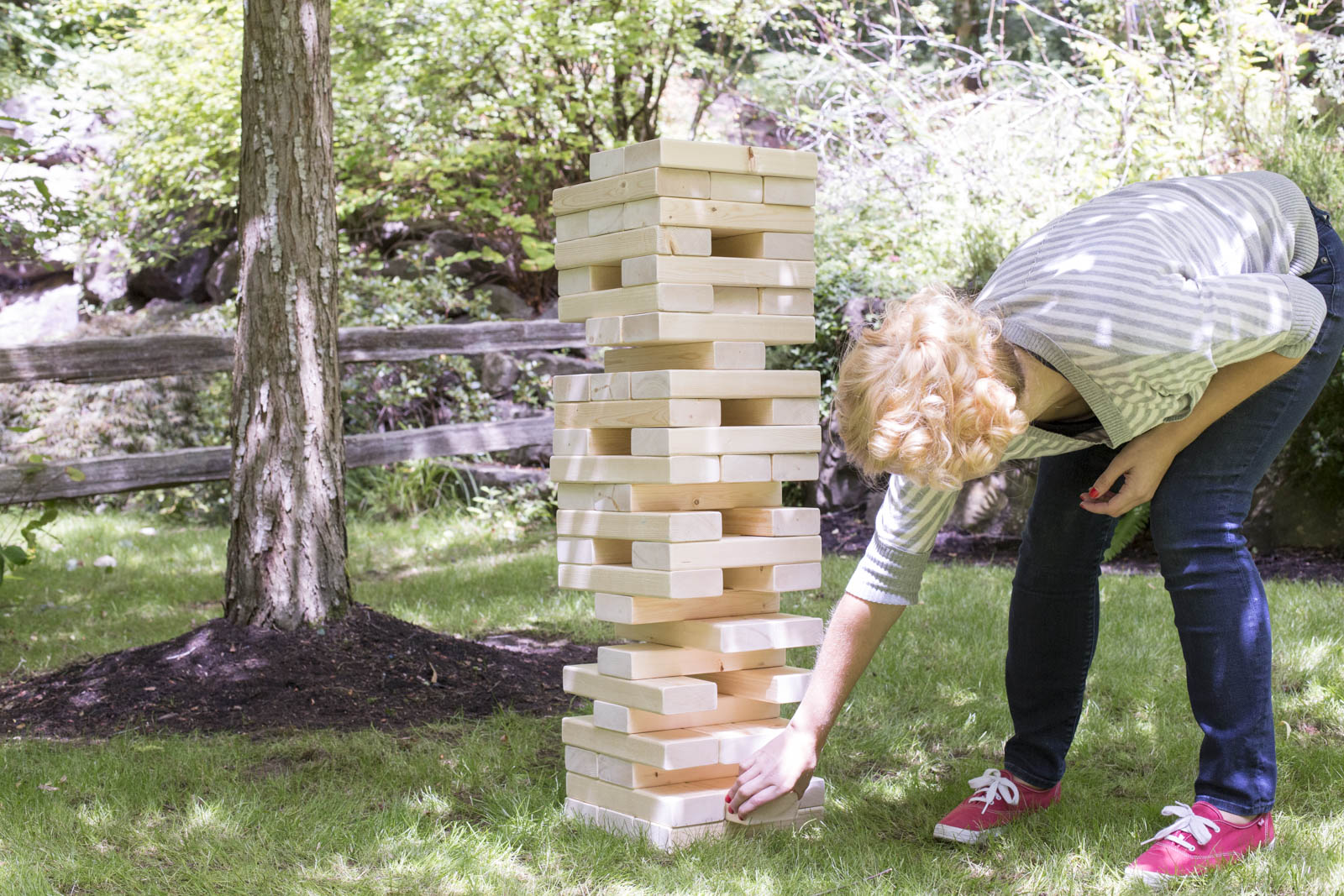 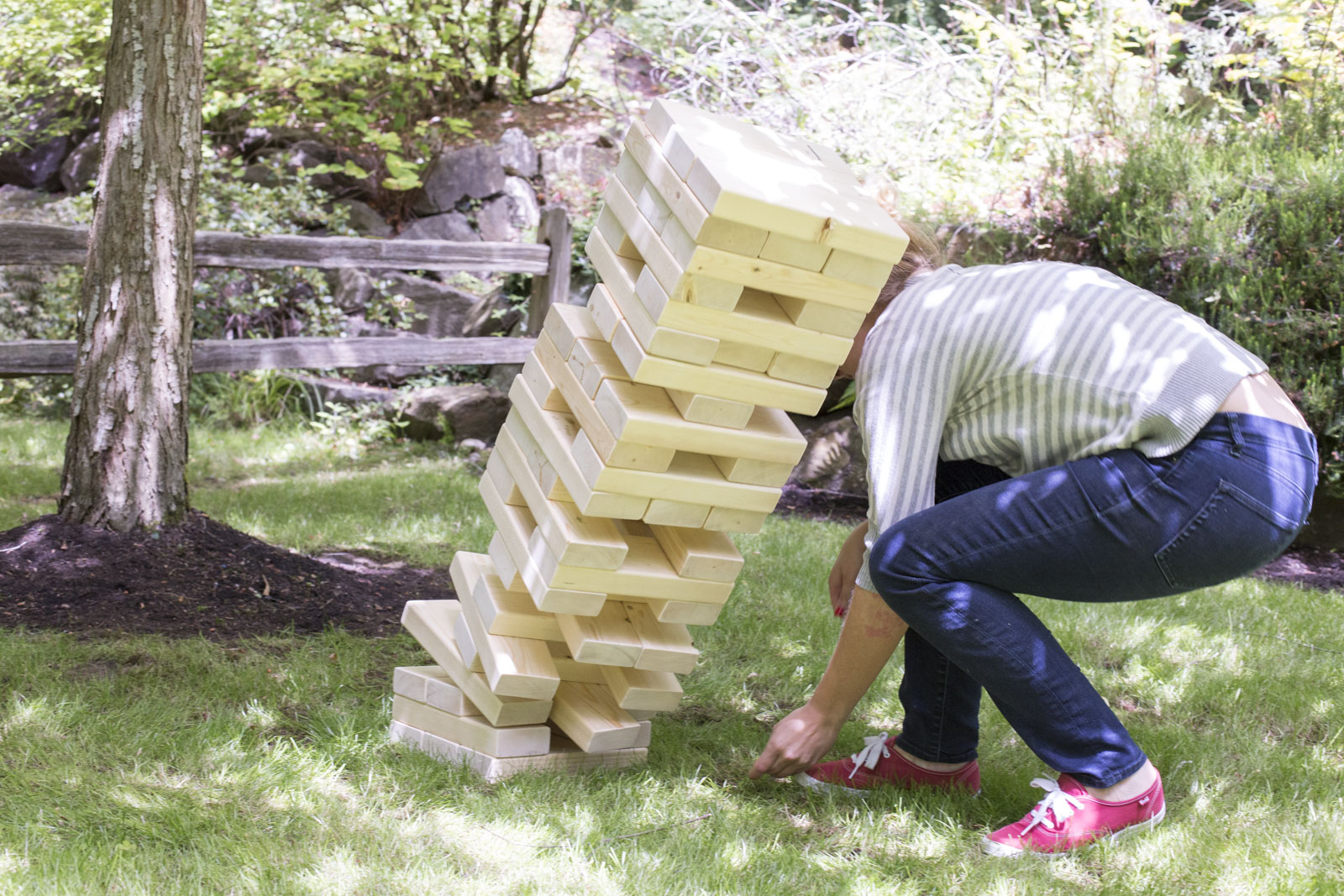 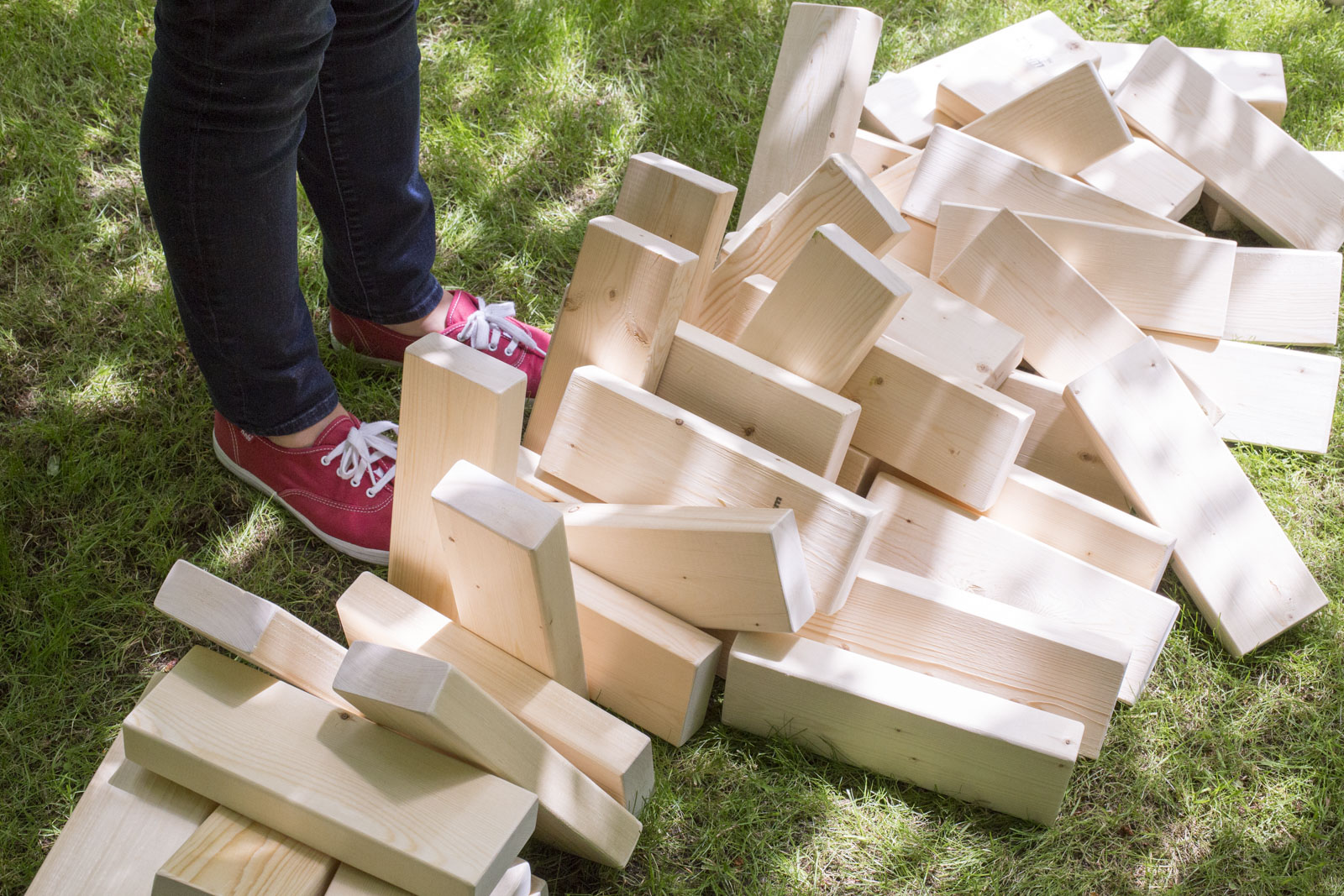 How To Build a DIY Outdoor Cook Station

Entertaining this fall means having a great open-air setup, so we decided to bring the kitchen outside with this DIY outdoor cook station.

Our take on a simple wood bench is stylish and sturdy—and only takes a couple of hours to put together.